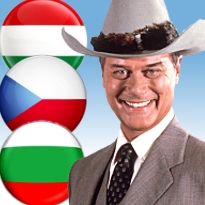 Bulgaria’s parliamentarians have voted not to reduce the crippling tax blow imposed by the country’s much-derided online gambling laws. The country proposed new online gambling legislation this spring, instantly drawing howls of outrage from pan-European operators that it would be impossible to make a profit under the proposed 17% tax on turnover. Bulgaria’s government later reduced this to 15%, but operators remained unimpressed. The ruling GERB party eventually proposed a 7% rate, but this week saw Parliament reject that amendment to the Value Added Tax Act, approving instead the 15% rate. (Let’s see… 15% of nothing is…) This rate will apply to both online and land-based casinos, effective Jan. 1, 2013. Websites of unlicensed operators will face IP-blocking as of March 2013.

Hungary is now looking to raise up to HUF40b (US $183.7m) annually from taxing online gaming companies, assuming they ever publish their online gaming legislation. Hungary passed laws legalizing online sports and race betting in January, but the necessary nuts and bolts of licensing and regulating such activities have proven elusive. The cash-poor country is preparing to unveil a budget that will contain new taxes on pretty much everything, and while the government recently increased its expected annual revenue from taxing online gaming by HUF10b ($46m), operators remain in the dark as to precisely how the math will be calculated. There are fears that online gaming will eventually be required to make up all the millions in lost tax revenue resulting from last month’s prohibition on slot machines anywhere outside casinos.

But hey, at least it ain’t the Czech Republic, where the five licensed online sports betting operators pay 20% tax on gross win in addition to a 19% corporate tax. The Czechs proposed changes to their betting laws this year in a bid to encourage unlicensed Czech-facing operators to go legit, but even licensed operators like Fortuna Entertainment are establishing bases of operation beyond Czech borders to alleviate their tax burden. This week, the European Commission revealed it had sent the Czech government an opinion on its new betting laws, and while the specifics of that opinion have not been made public, the tax rate seems an obvious target. The EC is also expected to tut-tut at the requirement for online operators to establish land-based outlets in order to register new player accounts. The Czechs had hoped to have their new law working by Jan. 1, but the EC’s opinion may delay that plan by a few months.

Enough taxes, let’s talk about life’s other sad inevitability. Larry Hagman, the actor best known for playing J.R. Ewing in the long-running prime time TV soap Dallas, died on Friday from complications due to throat cancer. The 81-year-old Hagman was a noted hellraiser in his younger days, eventually requiring a liver transplant when his own could no longer keep up. But Hagman simply switched to smoking marijuana, which he discovered he liked “because it was fun, it made me feel good, and I never had a hangover.” (Touché.) Hagman subsequently told the New York Times he wanted his remains ”spread over a field and have marijuana and wheat planted and harvest it in a couple of years and then have a big marijuana cake, enough for 200 to 300 people. People would eat a little of Larry.“ Okay, to whom does one send one’s contact info to get a heads-up when Larry’s cake is ready to be, er, baked? In the meantime, kindly give your own liver a good punch while bidding farewell to an honorary member of the drinkin’ and carryin’ on club.