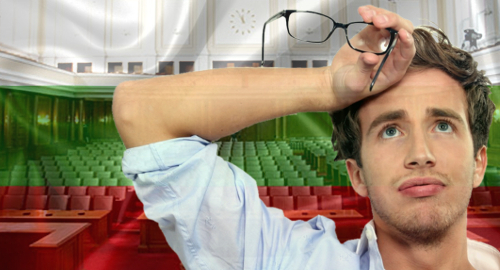 Bulgaria’s land-based gambling operators are breathing a little easier after the government rejected a proposal to close over 600 gaming venues in favor of 10 large integrated resort casinos.

On Wednesday, Bulgaria’s parliament adopted at first reading the ruling GERB party’s proposal to amend the country’s Gambling Act to bring the State Gambling Commission (SGC) under the supervision of the Council of Ministers from its current status as a branch of the Ministry of Finance.

The legislature also approved GERB’s plan to allow the state-run Bulgarian Sports Totalizator to add online casino games to its existing betting and lottery mix, as well as a plan to create a self-exclusion registry for problem gamblers.

But only 22 deputies voted in favor of an amendment to close 638 casinos and slots halls across the country in favor of 10 mega-casinos in five-star hotels within 20km of the country’s borders. Only four MPs voted against the amendment but 127 MPs abstained, denying the amendment the necessary votes to proceed to a second reading.

The mega-casino amendment had been put forward by Valeri Simeonov, leader of the right-wing National Front for Salvation of Bulgaria (NFSB), the junior partner in GERB’s coalition. Simeonov,  Bulgaria’s self-appointed moral guardian, had previously warned that the gaming industry would bring “huge financial resources” to ensure the defeat of his proposal.

Bulgaria’s land-based gaming industry, which had only just been cleared to relaunch their businesses last week following their lengthy COVID-19 shutdown, had indeed warned that the government stood to lose BGN60m (US$35.5m) in lost taxes on an annual basis, while also threatening some 30k jobs.

Some of GERB’s other coalition parties failed to support Simeonov’s plan, arguing that it would lead to a “whirlwind of illegal gambling and online betting.” Even the nation’s sports clubs opposed the plan, fearing the loss of major sponsorship revenue.

Meanwhile, fugitive gambling czar Vasil ‘The Skull’ Bozhkov continues to threaten Bulgaria’s government from his temporary residence in the United Arab Emirates. Bozhkov, who was indicted in January on charges of extortion and bribery, is fighting Bulgaria’s attempts to extradite him from the UAE and appears determined not to go quietly.

Earlier this month, Bozhkov’s Facebook page alleged that top government officials, including Prime Minister Boyko Borisov, had asked him for a 20% cut in his National Lottery AD business in exchange for allowing him to carry on his business as usual in Bulgaria.

This week, Bozhkov went further, releasing a video claiming he was launching a new political movement with the aim of toppling the current regime, which he claims is “destroying our country.” Borisov appears unconcerned, suggesting that Bozhkov first return to Bulgaria, repay the roughly $402m Bozhkov allegedly owes in dodged taxes and then they can talk politics.