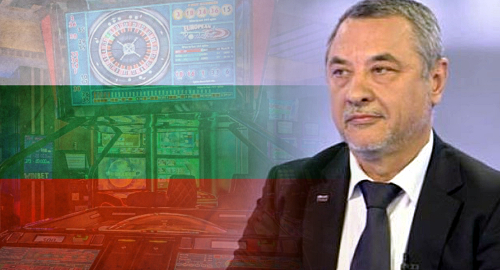 Bulgaria’s gambling market could face a dramatic upheaval if a bill proposed by a far-right legislator is approved.

Simeonov’s bill also calls for the closure of 638 existing casinos and slots halls across the country no later than December 31, 2025. On Monday, Simenov told a local TV station that the aim was “to focus this activity on foreigners, on tourists – not on Bulgarians.”

The NFSB, which is part of a coalition with the governing GERB party, also wants the government to return to its old tax regime, which collected 15% of online betting operators’ turnover, while also applying that rate to lottery sales.

The Bulgarian Gaming Association, which claims to represent 60% of locally licensed operators and suppliers, warned that Simeonov’s proposal would eliminate 30k jobs, deprive local sports of sponsorship funds and cost the government a fortune in lost tax revenue.

Simeonov (pictured) said he expected major pushback from the country’s gaming industry, claiming “huge financial resources will be harnessed against our proposals. But someone has to do it.”

It’s unclear at this point whether GERB will support the NFSB’s proposal, but Simeonov reminded doubters that the NFSB was largely responsible for the ban on private lotteries that was approved earlier this year and which ultimately forced some large operators out of the market.

Bulgaria’s land-based gambling operations have only just resumed their operations following a lengthy shutdown due to the COVID-19 pandemic, so this year is really turning out to be one to forget.

Last week, the GERB party introduced a separate bill that would allow the state-run Bulgarian Sports Totalizator to offer online casino products. Bulgaria has licensed a number of private online gambling operators, who could find themselves competing against the increasingly capable state-run operation.

GERB’s bill also aims to replace the scandal-plagued State Gambling Commission (SGC) with a new State Gambling Agency under the control of the Council of Ministers rather than the Ministry of Finance.

The SGC has been rocked by allegations of corruption involving top officials linked to fugitive gambling czar/alleged organized crime boss Vasil Bozkhov, who was indicted in January on charges of extortion and attempted bribery.

Bozhkov, who was detained in the United Arab Emirates in February and continues to fight efforts to extradite him to Bulgaria to face the music, controlled many of the country’s largest gaming operations, including National Lottery AD and Eurofootball, both of which were forced to close.