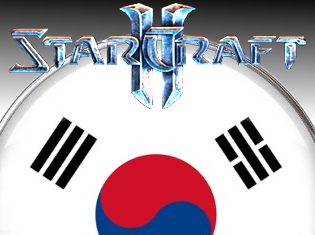 Two South Korean entertainers are under investigation for illegal online sports betting. Comedians/TV personalities Lee Soo-geun and Tak Jae-hoon have been accused of wagering billions of won (KRW 1b = US $938k) via internationally licensed online gambling sites after being caught up in the police sting earlier this spring that led to fellow TV personality Kim Yong-man stepping down from his on-air duties and accepting a two-year probationary sentence.

A spokesman for broadcaster SM C&C confirmed that Soo-geun was under investigation and that he would “stop his broadcasts and take some time to reflect on his actions.” The company also apologized “to everyone who has supported him thus far,” but beyond that, “we have nothing to say even if we had ten mouths.” Jae-hoon’s representatives have yet to issue an official statement, but in a September guest appearance on the show Barefoot Friends, Jae-hoon was asked why he had “quit” broadcasting, to which he replied: “I didn’t quit because I wanted to. Drinking and cigarettes, those I quit because I could but broadcasting… I think I’m just going to leave.”

STARCRAFT UNDER FIRE
South Korea is making a concerted push to invite brick-and-mortar casino firms to develop properties within its borders, but the country’s leaders continue to treat online gambling as something only slightly less toxic than the Ebola virus. Earlier this year, the country went further by proposing legislation that would regulate online gaming – including the massively popular multiplayer online games like Starcraft – in the same way that drugs, alcohol and real-money gambling are regulated. The Ministry of Health backed up this plan by designating online gaming as a ‘major addictive element’ necessitating state control over its manufacture, distribution and sale, as well as restricting promotion of the games.

South Korea’s online gaming industry reacted to the regulatory overreach by reminding the government that the domestic industry employed over 100k people and represented a rare economic sector in which the country was a true world leader. The Korea Internet & Digital Entertainment Association (K-IDEA) launched an online petition – which has gathered nearly 240k signatures so far – to protest the “outdated government seclusion policies” that would amount to a “death sentence” for the industry.

The reaction by South Korea’s massive online gaming community has ranged from disbelief to risible contempt. Global Voices Online collected a series of social media posts on the subject, including one user who claimed the government’s policy was an unholy alliance between “political groups desperately seeking support from parents, government divisions and private organizations who want to secure their status and money source, and parents who genuinely hate the game.” Many other gamers said they’d welcome online gaming’s newfound status as a disease, because that would allow them to apply for sick leave, which would give them more time to play Starcraft. Well played, sirs.