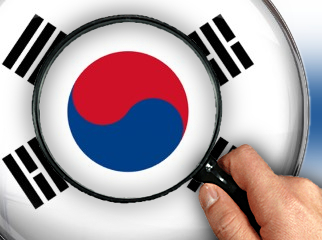 While the world frets over North Korea’s threats to attack South Korea with either conventional or nuclear weapons, police in the South Korean province of Gyeonggi are busy going nuclear against illegal online sports betting sites. Less than a month after the country promised a crackdown was coming, a recent takedown of an illegal online operation resulted in the arrests of thirteen suspects – four charged with actually operating the site and the rest acting as technical support staff – and police have asked Interpol for help in tracking another 10 suspects who are believed to have fled the country.

The suspects are accused of having launched over 200 websites between January and June 2011 and then promoting these sites via other non-gambling sports websites. The Global Post quoted Metropolitan police investigator Shim Jae-hoon laying the blame on technology. “Smartphone was the culprit. Internet access is free and instant. Everybody got addicted.” (Everybody? Really?) With no legal online gambling options and all but one of the country’s brick-and-mortar casinos off limits to locals, it’s no wonder that the Korean National Gambling Control Commission lists illegal sports betting as a $6.67b business.

The ability of technology to remove barriers between punters and betting sites has also been decried by the Korea Sports Promotion Foundation (KSPF). Thanks to the explosion in popularity of ‘smart’ mobile devices, the KSPF estimates that the number of illegal sports betting websites accessible by South Koreans hit 23k in 2012, reflecting a 25-fold growth rate over just the past four years.

Illegal sports betting was given a public face late last month when Korean TV personality Kim Yong-man announced he was stepping down from his hosting duties due to an ongoing police investigation into his online sports betting activities. The Seoul Central Prosecutors Office allege that Kim confessed to betting more than 1b won (US $885k) over the past five years on UK Premier League football, horse racing and other sporting events. Police traced the activity back to Kim while investigating 40 bank accounts and the authorities alluded to the idea that other celebrities – including a former K-pop boy-band member – were also under the prosecutorial microscope.