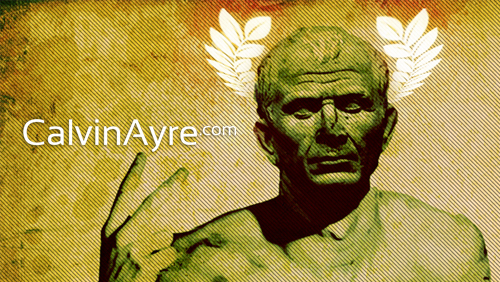 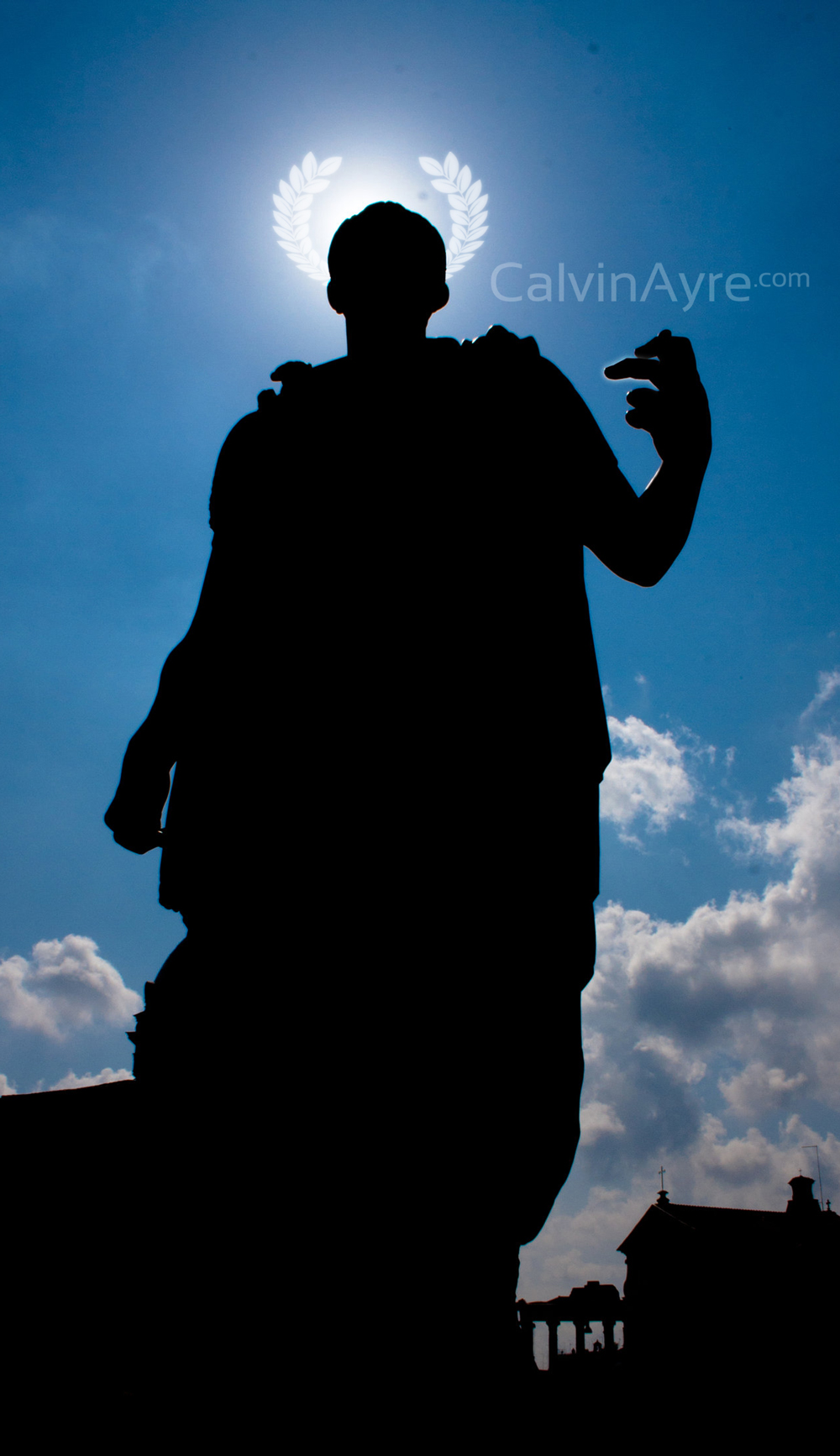 Less than a year ago, Caesars Entertainment (CZR) was, at first glance, in a very different situation. Most notably, its share price was seeing a sharp decline; after climbing from an opening price of $10 in its sharply criticized IPO last February, shares would fall by some 75 percent in a matter of months. The company’s overwhelming debt load – well over $20 billion – seemed to be the culprit, though some bulls still held out hope that online poker legalization could eventually turn the money-losing company’s finances around. But, mostly, the market seemed to agree with my argument from a few months prior that the “stock is simply not worth the time [to even write about]…if you want to gamble, you’re better off giving your money to Caesars as a customer, not a shareholder.”

Much has changed in the past year; to begin with, CZR shares have better than quadrupled from lows hit in November, even despite a recent slide. The company is undergoing a period of intense financial reorganization, led most notably by its plan to spin off its interactive operations, along with several other assets. It recently restructured nearly $5 billion of  its debt, and sold 10 million shares – roughly $200 million – worth of stock to bring in more cash. And it closed the chapter on its disastrous decision to not to compete for a license in Macau by selling a golf course there for some $438 million, bringing in yet more cash.

Meanwhile, the company’s WSOP.com is now live in Nevada and set to debut in New Jersey shortly, providing the first chance for the company’s long-touted brand dominance to reach the online sphere. And Caesars Interactive Entertainment‘s social gaming unit – part of the upcoming spinoff – is dominating the social casino space, beating out competitors such as International Game Technology (IGT) and Zynga (ZNGA).

And yet, despite all that movement, nothing has really changed. The spin-off is a massively complicated instrument that will be liquidated as soon as three years after its completion; its purpose simply seems to be to shift ownership of the interactive assets to protect them from the creditors to which Caesars owes those many billions. (It also, possibly, could give majority owners TPG Global and Apollo Capital Management a larger share of the interactive business if shareholders choose not to pay $9-plus per share to exercise their rights to purchase the new spinoff, to be traded under the symbol CGP.) Most notably, CZR can use its own stock to repurchase CGP, meaning that shareholders who buy the interactive spin-off precisely to avoid Caesars’ $20 billion in debt could, as soon as late 2016, wind up being forced to exchange CGP shares for CZR shares with essentially no recourse.

Meanwhile, the financial movements haven’t made much of a dent. The spin-off itself did move some debt to the new company, most notably a sizable loan tied to Planet Hollywood that was due in 2015. But even including the effect of the $200-$250 million likely to be generated from the secondary stock offering, and the impact of the spin-off, Caesars’ net debt (total debt minus cash on hand) looks to be over $18 billion at the end of the third quarter. (Those results are due later this month.) At the end of December 2012, according to SEC filings, the company’s net debt was $18.4 billion. In other words, all the frenetic movement of the past six months has lowered Caesars’ net debt position by roughly 2-3 percent, in the best-case scenario.

To be fair, several of the moves – such as the inclusion of PH in the spinoff and the recent debt restructuring – have not been made to reduce the company’s debt, but rather to push it off further down the line. The Hail Mary play here is for Caesars to simply keep rolling over maturities, hoping that somehow, someway, a turnaround in Las Vegas, combined with an US economic rebound that boosts Caesars’ regional properties, and above-projected success in iGaming in New Jersey (and possibly elsewhere) can lead the company to finally generate profits, allowing it begin to pay down some of that massive debt. It’s almost certainly not a viable strategy – but it is the only one available to the company.

(As an aside, a word of defense, if not outright praise, for Caesars CEO Gary Loveman. While Loveman has been long-criticized – and rightly so – for his decision not to apply for a license in Macau, it’s also a bit of revisionist history to imply that Macau was as obviously lucrative as it now seems. Given the prickly nature of US regulators – as seen in Caesars’ recent withdrawal from a project in Massachusetts based on a seemingly tenuous connection to an investor in the Gansevoort Hotel Group, a Caesars partner in Las Vegas – it’s unfair to suggest that entering the Macau market was without risk to the licenses in Nevada, New Jersey, and elsewhere that drove the company’s profits at the time.

In addition, Caesars’ current debt is not Loveman’s fault; it is, rather, the end result of the 2008 leveraged buyout of the company, then known as Harrah’s Entertainment. In that deal, agreed to in late 2006, Loveman got $90 per share for his company – a total of $17.1 billion for his shareholders and the assumption of another $11 billion in debt – after turning down two earlier, smaller, offers. Loveman’s job at the time was to look out for his investors, and he did a masterful job. Even without the assumption of debt required by the buyout, it seems highly unlikely that Harrah’s/Caesars currently would be valued anywhere near the $90 per share sale price from seven years ago. The sale was well-timed as well; the broad market – and gambling stocks as a whole – would peak less than a year later; by early 2009, even Las Vegas Sands (LVS) was valued at less than $1 billion, another bit of evidence showing that Macau was not the slam-dunk that many now argue it seemed at the time.)

The problem with Caesars’ strategy is that in order for it to work, pretty much everything has to go right. It’s true that the company’s debt – and the traditional leverage of the casino industry – could swing the company’s current losses to profits quicker than many might imagine. But it needs a huge rebound in the US economy, market share gains in Las Vegas and Atlantic City, and for iGaming to come in above expectations. As has been noted, the company is losing over a billion dollars a year – $1.498 billion in 2012, to be exact. To be fair, much of those losses come from non-cash writedowns of the company’s assets – the carrying value of a casino in Indiana, for instance, declines when Ohio legalizes gambling and takes away customers, and the declines in those carrying values is charged against earnings (or, in Caesars’ case, added to its net loss.)

But even in analyzing cash flow, which largely excludes those accounting charges, there’s a key reason why Caesars hasn’t been able to reduce its net debt: its current operations are burning cash at an exceptional rate. Over the last six quarters (including all of 2012 and the first half of 2013), Caesars has spent nearly $900 million more than it has brought in, according to data from Google Finance. And that loss understates the company’s problems: over the same period, depreciation of the company’s existing assets has been close to $1.3 billion, while capital expenditures – money spent on property and equipment – has been just $830 million. Meanwhile, that capex figure includes several hundred million spent on the Project LINQ development in the center Strip of Las Vegas. Depreciation accounts for the “wear and tear,” for lack of a better phrase, in existing physical assets; after all, a $500 million hotel and casino built in 2008 is worth less in 2013 than it was at the time it opened, and the decline in the property’s value is accounted for as “depreciation” on the income statement. The fact that Caesars capex – which includes maintenance budgets for its 50-odd properties – is so badly lagging the depreciation figure means that necessary maintenance is likely being postponed on its properties. It’s worth again pointing out that when Penn National Gaming (PENN) bought Harrah’s St. Louis, Penn was shocked at the condition of the property, to the point where Penn had to raise its own capex budget simply to cover the necessary improvements. Penn chief financial officer Bill Clifford told a conference earlier this year that “the place was filthy…it was disrepair. It was just – elevators didn’t work.”

At the end of the day, that remains Caesars’ problem. They can move money around, and spin off interactive assets, and restructure debt, but the company literally doesn’t have enough money to repair its elevators. It’s why the company has been rejected in South Korea and Massachusetts; it’s why the company only holds minority shares in new projects in Maryland and Ohio.

And most of all, it’s why, stunningly, a credit default swap on Caesars debt is priced at 55, according to reports from Bloomberg. Put another way, to insure $10 million in Caesars bonds for five years, the bondholder must put up $5.5 million up front, and then pay another $500,000 each year after that. All told, insuring $10 million worth of Caesars debt in the private market for five years costs $7 million – 70 percent of the face value of the debt. In the bond market, where traders and analysts are hired and fired based solely on their ability to judge the solvency of the companies that cover, there is almost no expectation that this company will ever repay its debt. Rather, the investment strategy for bondholders is not to recover cash, but a claim on the company’s better assets in Las Vegas or its newer regional properties in Ohio. In this case, equity holders will almost surely be wiped out, or at best, see massive dilution – adding to the dilution that already occurred in the company’s recent stock offering. This is why seemingly minor events such as the rejection in Massachusetts or today’s announcement of an investigation into potential violations of the Bank Secrecy Act are driving the stock down, and why the stock has fallen by about one-third over the past seven weeks.

This is not a terrible company, and Caesars may have real potential in iGaming. But every move that this company has made over the past year – and there have been plenty – has been unable to mask the real problem. Caesars, right now, has no hope in ever paying back its debt. And, even if it somehow does, there will be nothing left for shareholders. Unfortunately, there is just nothing left for the company to do except postpone that reality.