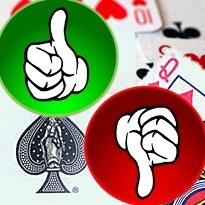 2013, like in 2012 and 2011, didn’t see any direct movement in the legalization of Internet gambling in California. But the undercurrent towards action is becoming more and more evident and there are indications that legalization could be in the offing come 2014.

The biggest stumbling block over the past few years in California has been having too many chefs in the kitchen, each enacting a different menus on how to get legislation to approve online gambling, specifically online poker. The numerous bills that have been introduced, including SB 51 and SB 678, all have substantive differences among them on numerous issues, preventing any sort of singular proposal that everybody can get behind on.

One of the biggest differences lie in licensing fees, with all three proposals throwing in different numbers. From the $15 million being proposed by SB51 to the $10 million under Senator Lou Correa’s SB 678 bill, to the $5 million being proposed by the Pechanga Band of Luiseño Indians, it seems that the different licensing fees being thrown around needs to have a singular amount before it can be taken seriously.

Another issue arises when discussing license eligibility. SB 51 is steadfast on its position to include racetracks and advance deposit wagering operators among those eligible for operator licenses. SB 678 and the second tribal legislation, on the other hand, wants to limit eligibility to just Indian tribes and licensed card rooms, leaving out the aforementioned racetracks and other operators in the cold.

The “Bad Actor” clause is also a significant sticking point among the three proposals. Whereas all agree to prohibit the licensing of entities that have accepted illegal Internet wagers in the past, the exact scope of who’s banned on who isn’t differs depending on what bill you’re reading. Two proposals, specifically SB 51 and SB 678, explicitly bans operators that have taken illegal bets in the US after December 31, 2006. It’s completely different from the scope the Penchanga proposal wants to throw out, which basically bans operators that have taken in a bet from a player in California at any time prior to the enactment of the state’s online gambling legislation, a date that has yet to be actually determined. The latter proposal effectively shuts out a lot of online gambling operators, thus torpedoing any shot of having these companies set up shop in the state.

All these are major sticking points and to date, a lot of the issues are no close to getting resolved. But, there is hope, if anybody can believe that, because recent discussions have pointed to levels of compromise that could bridge the gaps of all three proposals and turn it into one seamless bill that could get legislation’s attention. Significant opposition to legalizing online gambling has waned in recent years, and that’s a huge plus in the proponent’s corner.

Then there’s the matter of amendments being made by other bills to acquiesce to the language of the other. That was made evident by recent amendments made by SB51, which reduced its operator’s license fee proposal to $15 million, half of the original $30 million proposal that caught the ire of the Indian tribes. The bill also tacked in another five years to the original five it had on the length of the licenses. Now on 10 years, this amendment now makes it similar to the other two proposals on the table.

But the most important move to potentially streamlining the state’s online gambling bill is the willingness of all parties involved to discuss on how best to create a uniform bill that will ultimately take full advantage of the enormous revenue potential the state of California could have if online gambling is legalized in the state.

Everybody agrees that the financial windfall could amount to over $10 billion in gross gambling revenue a year for the state. Having that kind of financial pot of gold ought to be enough motivation for all parties involved to have a uniform gambling bill by next year.

It’s still subject to a lot of discussion and debate, but everybody knows that the prize at the end of the rainbow is. And if there’s a chance to have online gambling legalized in California, everybody needs to have their eyes on that prize, all at the same time.