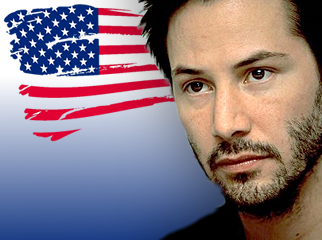 Just a week after Illinois introduced online gambling legislation that contained the harshest ‘bad actor’ provisions to date, sober second thought appears to have won the day. As originally written, SB 1739 stated that no online gambling operator licenses would be granted “to any applicant who has accepted wagers via the Internet in contravention of this Section or United States law in the 10 years preceding the application date.” A similar provision applied to technology vendors, but minus the 10-year qualification, meaning vendors that had ever accepted a single wager from a US punter were automatically excluded.

But SB 1739’s author Sen. Terry Link has since filed an amendment replacing both instances of the word “accepted” to “been convicted of accepting.” Whereas the previous language would have pretty much limited prospective technology vendors to the state lottery or Skip Bronson’s US Digital Gaming outfit, the new language pretty much excludes no one, unless PartyGaming’s 2009 $105m settlement with the US Department of Justice could be construed as an admission of guilt – unlike other such deals, in which the companies admitted no wrongdoing – thereby leaving Bwin.party on the sidelines.

NO, WE WON’T TURN OUR HEADS AND COUGH… AGAIN
Out in California, Sen. Lou Correa’s SB 678 online poker bill has been referred to the state Senate Government Affairs Committee. Meanwhile, Sen. Rod Wright’s competing SB 51 bill continues to be criticized by many of the state’s gaming tribes. Tribal Gaming Government attended last month’s Western Indian Gaming Conference (WIGC), where Forman & Associates managing partner George Forman noted that many of his tribal clients were irked by SB 51’s initial $5m licensing fee, much of which would be dedicated to suitability reviews. Forman noted that tribes with existing gaming operations have already been deemed suitable, so why the double-dipping?

NEW YORK POLS’ COURT CONFUSION
In New York, state Senators Jeff Klein and Dean Skelos snuck online gambling into a proposed state budget on Monday. The language would permit “games of skill, including poker” but Newsday reported that the senators cited as justification for their proposal a state court ruling that determined poker was a “game of skill.” The well-meaning pols were apparently referencing the federal case involving New York land-based poker room operator Lawrence Dicristina, in which the judge determined that poker’s status as a non-house-banked game meant it wasn’t prosecutable under the Illegal Gambling Business Act.

Regardless, it appears unlikely that online poker will survive the budget debate, which must be concluded by April 1. Gov. Andrew Cuomo, who is pushing to bring non-tribal brick-and-mortar casinos to the state, was quoted by Politics on the Hudson as saying he was concerned that online gambling would “diminish the value of a physical casino franchise.” Klein himself acknowledged that he was “really not very optimistic” that Cuomo’s casinos would be included in the budget process, so the traditionally more controversial online gambling argument would seem a bridge too far, at least this year.