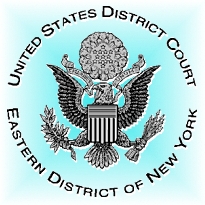 A US federal judge in Brooklyn has ruled that Texas Hold’em Poker is predominantly a game of skill and therefore does not fall under the scope of the federal Illegal Gambling Business Act (IGBA). Judge Jack B. Weinstein of the US District Court for the Eastern District of New York made the ruling (viewable here) in the case of the US v. Lawrence Dicristina. New York resident Dicrstina was arrested in December 2011 for operating a poker room and charged with operating an illegal gambling business under the IGBA as well as conspiring to do so.

Dicristina originally pled guilty, only to change his mind at his sentencing hearing in May, instead filing a motion to dismiss the indictment. Dicristina maintained that his poker room didn’t fall under the IGBA’s definition of an illegal gambling business due to the old ‘poker is a skill game’ argument and the fact that a poker room is not ‘house banked’. The case went to trial in July and Dicristina was convicted after the jury was instructed to consider poker as illegal under IGBA. Following the verdict, Dicristina renewed his motion for a judgment of acquittal.

On Tuesday, Weinstein vacated the conviction and dismissed the indictment, ruling that Dicristina’s activities “did not constitute a federal crime.” Weinstein said both the government’s and Dicristina’s interpretations of the IGBA were “plausible,” but it was “unclear from the text and legislative history of the IGBA whether every state gambling offense would permit a federal conviction.” As such, Weinstein applied the ‘rule of lenity,’ under which any ambiguous aspects of a criminal statute are meant to be resolved in favor of the accused. (Black Friday defendants Chad Elie and John Campos intended to base part of their now-abandoned defense on this rule of lenity argument.)

However, Weinstein went on to say that declaring poker outside the scope of the IGBA “does not prevent federal law enforcement agencies from achieving the goals of the statute, as put forward by the government, or encroach on any states’ ability to proscribe these card games.” It remains to be seen whether New York State will now decide to charge Dicristina with violating state law, or, more likely, that the Feds will appeal Weinstein’s decision. Weinstein is hardly the first judge to weigh in with an opinion on the endless ‘luck v. skill’ poker debate, and he likely won’t be the last.