Home / Poker / Weekly Poll – Which Nevada Online Poker Room will be winning in one year? 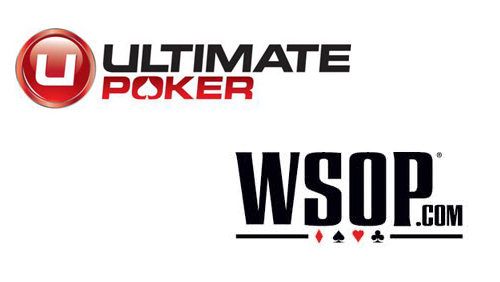 Ultimate Poker was the first to launch under the new regulations of Nevada. WSOP.com followed suit and now the inevitable has happened, people have started comparing the two. We decided to get in on the action by asking our readers, which Nevada Online Poker Room will be winning in one year?

63% of the voters answered WSOP.com. Though a lot of players have complained about encountering deposit issues, WSOP.com still received majority of the votes and despite receiving several complains about various bugs, the site has still received a lot of positive reviews from other websites.

26% of the voters answered Ultimate Poker. While WSOP.com is currently being criticized because players have to go through hoops to make a deposit, Ultimate Poker offers 5 deposit methods which include credit cards, checks and cash deposits. This puts WSOP.com at a slight disadvantage. Getting a head start in the game seems to be working for Ultimate Poker.

11% answered Other Operator. Other companies such as Golden Nugget, bwin.party and Caesars have applied for licenses in Nevada. Whoever gets a license first has some catching up to but the question remains. Can they catch up with Ultimate Poker and WSOP.com?

Both sites are being compared with one another and they do have their strong points but whoever ends up on top after a year is yet to be seen. Though Ultimate Poker launched earlier, WSOP.com has a fighting chance if we compare the cash games available. The new site not only offers Texas Hold’em like Ultimate Poker does, but also has tables for Omaha, Seven Card Stud and their High/Low variations.

Deciding who is better is highly subjective but the fact remains, some competition in Nevada spells good news for players. For next week’s poll, we look at social gaming by asking our player if social games will ever be an effective conversion tool for RMG. Check back next week to see what our readers think.