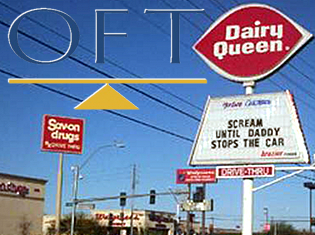 Social gaming companies need to watch how they promote in-app purchases, according to a draft report by the UK’s Office of Fair Trading (OFT). The OFT, which launched its investigation into the social gaming phenomenon in April, said it encountered instances in which young gamers were subjected to borderline coercive pitches, such as telling a player that they’d be letting down the game’s other players or characters by not making certain in-app purchases. The OFT also observed “a general lack of transparent, accurate and clear upfront information about costs” and a blurring of the line separating in-game cash from the real thing.

In response, the OFT has come up with eight principles (readable here), including laying off the guilt trips, no making “direct exhortations” to kids or suggesting they hold their breath until daddy buys them a virtual pony, as well as ensuring that whoever’s name is on the payment account has provided informed consent before each in-app purchase. The industry has been asked to study the draft principles and respond by Nov. 21, after which a finalized version of the principles is expected in late January / early February. A grace period would end on April 1, after which time the regulatory hammer will come down on offenders.

While the 38 social gaming mobile and Facebook apps studied by the OFT during its investigation were selected based on their obvious appeal to children, the UK Gambling Commission has warned the social gaming industry as a whole – social casino apps and all – that it should police itself or face regulation by the state. The OFT’s findings will likely be a hot topic at the 2013 Social Gambling & Gaming Summit in London on Nov. 21. The one-day conference includes a What Is The Point of Regulation Anyway? panel moderated by DLA Piper UK partner Stephen Ketteley. The Summit’s full agenda, featuring speakers from Google, Microsoft, Plumbee et al talking everything from analytics to conversion to monetization, is viewable here.

New social casino releases continue to flood the market, and the folks behind Sponge Poker are hoping to become one of them. The Facebook app, which claims a patent pending ability to display opposing players’ digital ‘tells’ (see video below), has launched an IndieGogo fundraising effort to buy them enough groceries so they have the strength to implement “more than a fraction” of the game’s final release features. They also hope to fund a marketing campaign so that people will have actually heard of them. But with just 11 days to go, Sponge Poker is only $286 toward their reaching their $30k target. Did you hear that? Sponge Poker is going to die because not enough people believe in social poker. If you believe, clap your hands, don’t let Sponge Poker die… And now to rescue Zynga!