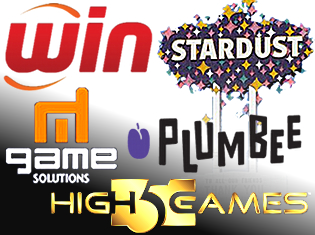 Social game developers Win have teamed with US casino operator Boyd Gaming to launch Stardust Casino. The slots and casino game offering, currently available for free for Facebook users in the UK, Canada and Austraila, features a 3D recreation of the lobby of the fabled Las Vegas gaming hall, which opened with great fanfare in 1958 but was blowed up real good in 2007 to make room for Boyd’s aborted Echelon project. (Malaysian operator Genting has since purchased the property, on which it plans to erect Resorts World Las Vegas.)

The Win/Boyd tie-up further cements the relationship between Boyd and Win’s parent company, pan-European online gambling operator Bwin.party digital entertainment, which plans to offer online poker in New Jersey along with Boyd and MGM Resorts. WIN CEO Barak Rabinowitz said the company aimed to “recapture the romance and adventure of vintage Las Vegas,” while Boyd VP Bob Boughner said Win had done “a fantastic job” raising the former Sin City icon from the grave and the result was “a worthy successor to the legendary Stardust name.”

UK-based social game developers Plumbee have added Three Musketeers to their popular Mirrorball Slots offering. Three Musketeers is the ninth title to emerge from Plumbee’s partnership with Swedish coders Quickspin. Since launching on the iOS platform in July, the Mirrorball Slots app has been downloaded 500k times, and the company is promising an Android version within the next few months.

Hungary’s Mgame Solutions has burnished its social poker offering via the addition of seven slots titles, with roulette, blackjack, baccarat and keno products promised by the end of the year. Mobile versions for both Android and iOS are expected by Q2 2014.

NEW SOCIAL GAMING INDUSTRY ASSOCIATION TAKES SHAPE
With social casino gaming all the rage, two industry groups have decided to join forces in order to better represent the needs of this booming sector. The Social Gaming Association (SGA) and the International Social Games Coalition (ISGC) have agreed to merge their respective boards under the banner of the International Social Games Association (ISGA), with Luc Delany serving as CEO and Paul Matthews as chairman.

Social gaming’s rise has prompted concerns from public officials in countries like the UK and Australia. The ISGA’s mandate will be to keep legislators and regulators informed as to the industry’s nuts and bolts, while coming up with “a unified set of socially responsible values … aimed at safeguarding the consumer whilst also protecting the dynamic and innovative nature of this popular form of entertainment.”

Akamon, number 14 in the world among Top 25 Social Casino companies according to EGR
Press Releases
24 July 2014
.