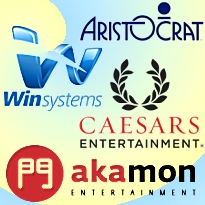 Last weekend, Caesars Entertainment held its eighth annual MBA Poker Championships at Planet Hollywood in Las Vegas. More than 500 hopefuls entered the $85/$225 buy-in tourney, which serves as a recruitment tool that allows Caesars to screen prospective employees not only on their academic credentials but also their skill at reading their opponents. Paul King, Caesars’ corporate director of talent, told Bloomberg that the tournament now accounts for roughly half of Caesars’ new MBA hires. King says the skills needed to become a good poker player “are the same type of qualities we look for in candidates … a critical eye and analytical thinking skills.”

King says the tourney began as “a brand-building event” but that’s changed over the past couple years. Following 2012’s event, a dozen entrants received invitations to join Caesars’ President’s Associate Program, a two-year apprenticeship, with four of these 12 going on to receive full-time job offers. Pitting young job-seekers against one another isn’t entirely unique to Caesars. In fact, CalvinAyre.com runs an annual Hunger Games-style competition for all prospective employees. I fondly remember the proud look on our editor Bill Beatty’s face when he offered me a position after I managed a particularly difficult bow-shot that lodged an arrow through the jugular vein of some blog-writer from Detroit… Yep, good times.

Gaming device maker Aristocrat has tapped Donal Maguire to serve as Sales & Marketing Director, Europe. Maguire is a 10-year Aristocrat veteran, whose most recent position was Sales & Operations Director at the company’s New Zealand office for the past three years.

Barcelona-based gaming technology supplier Win Systems has added Philip Roberts as its new Director of Global Operations. Roberts will be tasked with consolidating the company’s Mexican operations and prepping for expansion into other international markets.

The Casino Del Sol in Tucson Arizona has hired Alex Amador as its new CEO. The Pascua Yaqui tribal council selected Amador from among five candidates groomed by the tribe’s Supporting Tribal Employment Partnership (STEP) program. Amador has been with the casino since 2004, most recently serving as assistant director of marketing.