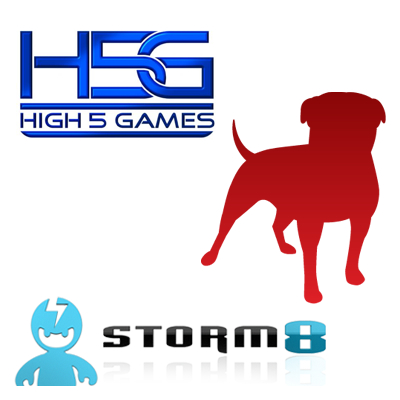 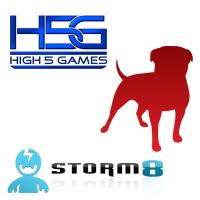 High 5 Casino has become Facebook’s fastest growing virtual casino ever after it reached a million active users in record time. The casino, which offers over 30 real casino games, opened up in September and benefits from the fact it can use High 5’s extensive portfolio of casino games. It has hooks ups with some of the land-based casino industry’s biggest companies and deals signed with the likes of Bally Technologies and IGT just go to show how big a player they are. As for the coming year, the company may add “additional partners” at some point and one thing is for sure – they’ll be launching new games on both Facebook and mobile platforms over the coming 12 months.

Mobile social gaming firm Storm8 is serving over 10 million daily active users (DAUs) via their mobile social gaming network. The California-based company has seen its popularity soar over less than a year after they added a social casino to their portfolio and saw worldwide players reach 200 million. DAU also doubled over the same period and Storm8 CEO Perry Tam thinks that keeping players on a “mobile gaming network” is a lot more fruitful than just having one game.

“We’re seeing that a player’s lifetime is three times longer within a mobile game network than with just a single game,” Tam said. “This reinforces the importance of expanding into multiple genres and offering high-quality games to extend our footprint in such a hyper growth, hyper competitive industry.”

Zynga, the company that many look up to in the social gaming market, has seen its number one game fall behind the new King of social games – King.com. The Swedish company’s Candy Crush Saga has become the number one game on Facebook after passing Zynga’s Farmville. Candy Crush Saga currently has 9.7 million players compared to Farmville’s 8.8 million and there are some that think it could eventually pass Zynga as the number one social developer on Facebook.