Home / Business / Caesars hatches plan to kick $4.85b can of debt down the road 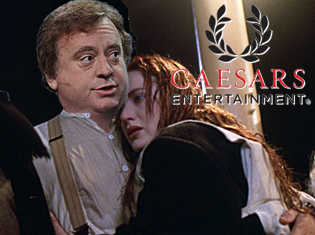 Online poker took another step toward mainstream American acceptance on Thursday via the official launch of real-money play at WSOP.com, the Nevada-licensed online poker site from Caesars Interactive Entertainment. The launch officially brings to an end the Nevada-facing monopoly previously enjoyed by Fertitta Interactive’s Ultimate Poker, which began dealing real-money cards in April.

By most accounts, glitches associated with the WSOP.com launch have been minor, at least, in comparison with the “minor disaster” that engulfed the highly publicized relaunch of Bwin.party’s new Party Poker software earlier this month. The WSOP.com site – which is powered by UK operator 888 Holdings’s poker software – also offers more varieties of poker product than Ultimate Poker, including Omaha and 7-Card Stud games in addition to the standard Hold’em fare.

The WSOP.com launch officially starts the clock on online gambling’s ability to pull CIE’s struggling parent outfit Caesars Entertainment back from the fiscal cliff. The unending mantra coming out of Caesars CEO Gary Loveman (pictured above, looking for a lifeboat) for the past few years is that regulated online gambling in the US would pull Caesars out of its financial death spiral. But with $4.6b of Caesars’ total $23.5b in debt coming due in February 2015, the pressure was already on Caesars’ owners – hedge funders Apollo Global Management LLC and Texas Pacific Group (TPG) Capital – to shuffle some chairs on the decks of Titanic Entertainment.

On Wednesday, Caesars announced it had hatched a restructuring plan that would kick the debt can a little further down the road. Essentially, Caesars plans to raise as much as $4.85b via bond sales and new loans, for which investors holding $4.4b in commercial mortgage-backed securities have been promised 99¢ on the dollar plus accrued and unpaid interest, while those holding $450m in mezzanine debt will receive 90¢ on the dollar. Caesars has put up two Las Vegas properties – the Octavius Tower at Caesars Palace and the new Linq development set to open in February – as collateral. The plan continues the strategy of shifting the debt burden within Caesars’ subsidiaries in order to shield Caesars’ online gaming operations from the increasingly possible threat of default by the parent company.

Analyst reaction to Caesars’ plan to borrow from Peter to pay Paul (someday) ranged from making Wells Fargo Securities’ Dennis Farrell Jr. “uncomfortable” to Fitch affirming its “negative” outlook on all of Caesars’ various appendages. Investors were even less ambivalent, pushing Caesars stock down over $3.50 before closing out Wednesday’s trading at $23.39, off nearly 10%. The stock closed up less than 1% on Thursday.