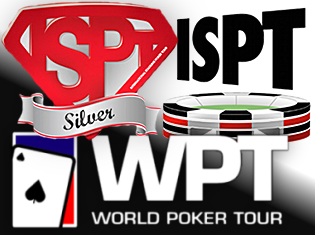 The International Stadiums Poker Tour (ISPT) has announced its second live poker event under a new banner it’s calling ISPT Silver. The Tanger Millionaire Maker will take place at Morocco’s Casino de Tanger starting Wednesday, Oct. 30 and wrapping up Sunday, November 3. The tournament is asking for a €900 buy-in to compete for the €90k first place prize, and if you’re wondering where the ‘millionaire’ part comes into play, €90k roughly equates to 1m Moroccan dirhams.

There currently aren’t any side events scheduled other than satellites for the main event and ISPT exec Prosper Masquelier told PokerStrategy there would be no online satellites. On the bright side, with a mere €90k at stake, the ISPT’s use of the word “guaranteed” isn’t likely to provoke the kind of backpedalling the company was forced to perform after ISPT Wembley’s ill-advised ‘guarantee’ of a €30m payday. Then again, perhaps that guarantee was meant to be in dirhams.

It’s hard not to notice that there’s no stadium involved in the Morocco event, unless the Casino de Tanger has undergone a massive retrofit since our last visit. This is presumably the strategy behind the ISPT Silver moniker; reserving the regular ISPT brand for future stadium events (assuming Wembley wasn’t a one-off). Still, might have been easier just to rebrand the whole enchilada under the initials ISPT, much like Kentucky Fried Chicken became KFC after they determined that health-conscious consumers were avoiding things labeled ‘fried.’ Hopefully, the ISPT will have better luck convincing poker players they’re legit than KFC has had convincing consumers that the Double Down sandwich is the cornerstone of any nutritious breakfast.

NEW WPT NATIONAL UK TOUR ACCUMULATES INTEREST
The ISPT Silver/Tanger Millionaire Maker/Totally Guaranteed Really tourney gets underway just as the World Poker Tour Grand Prix de Paris wraps up at the Aviation Club. But before then, the first event in a new five-stop WPT National tour of the UK will get underway at London’s Aspers Casino Westfield Stratford City on Oct. 24, with further stops rumored to be coming to Milton Keynes, Newcastle and Northampton.

The WPT National London main event will be run under an accumulator format, in which players will have the option of playing up to three Day 1 flights, with their resulting chip stack bagged at the end of each flight and carried forward to Day 2. Aspers Westfield poker manager John Scanlon said the idea was based on a popular format from the Aussie Millions tournament that created “a big buzz amongst players.” The WPT National main event is a £180+£20 buy-in with satellites available via Party Poker (assuming you can log on).