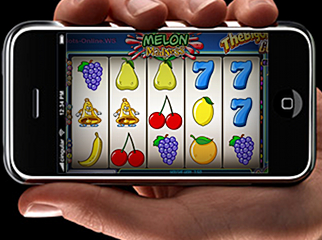 An online gambler won a jackpot of £1.45m playing PartyCasino’s Melon Madness slot last week. Apart from its sheer size, the primo payout is even more significant given that the player in question won it playing on his iPhone, making it the largest mobile slots payday to date and dramatically underscoring the online gambling industry’s continuing shift away from the desktop.

Research firm Gartner says smartphones outsold so-called ‘feature phones’ in Q2 2013, with Asia showing the greatest regional boost in smartphone sales. Smartphones accounted for 51.8% of the 435m mobile phones sold in the three months ending June 30. Those 225m smartphones represent a 46.5% gain over the same period last year, boosted in part by 74.1% growth in the Asia-Pacific market, which easily eclipsed gains made in Latin America (55.7%) and Eastern Europe (31.6%).

Meanwhile, Nielsen researchers say Apple remains the most popular smartphone manufacturer in the US, beating Samsung’s 24.7%, although Android holds 52% of US market share by platform (with Blackberry and Windows barely hanging on at 3% and 2% respectively).