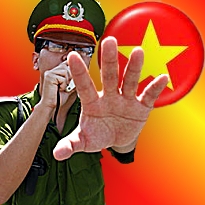 Ho Tram Project Company Limited celebrated a milestone last week with the grand opening of the The Grand – Ho Tram Strip. It was an opening befitting of its place in history as Vietnam’s first integrated resort-casino. But even with all the pomp and glamor of the casino’s opening, not everybody was happy to see the casino open its doors to the public.

The Thien Tuong Law Office in Vietnam isn’t too happy with Ho Tram and its voicing its displeasure in the form of a lawsuit against the company over what it describes as “disputes over service contracts”.

In a letter addressed to Colin Pine, the general director and legal representative of Ho Tram Project Company Limited, the Thien Tuong Law Office made it known to its business partner that it was initiating a legal case against Ho Tram to force it to comply with a Legal Service Contract both sides signed last December 7, 2012.

According to the letter, the contract signed by both companies called for the law office to handle work permits and temporary residence cards for foreigners who work for the international company. It’s a pretty straight-forward agreement between both parties, or at least that’s what the Thien Tuong Law Office was led to believe.

For the first four months of the partnership, it appeared that everything was going smoothly. All that changed though after March 1, 2013 when, according to the law office, “Ho Tram Project Company Limited failed to continue to provide documents for Thien Tuong Law Office to conduct as contracted [with respect to applying for Work Permitsand Temporary Residence Cards for foreign workers in Ho Tram Project Company Limited] without any reasons as specified in the Contract.”

Meanwhile, Ho Tram allegedly continued to apply for these work permits and temporary residence cards, bypassing the agreement and keeping the law office from supposedly complying with the provisions both companies agreed to in its contract. The Thien Tuong Law Office repeatedly requested for these documents and with nothing coming their way, the law office was compelled to take legal action against Ho Tram to force the latter to comply with the aforementioned Legal Services Contract both sides agreed to last December.

The law office has given Ho Tram Project seven days to respond to the notice, otherwise the former pretty much threatened the latter with buckets load of trouble with a promise of making the case public to “the media, the press, the Government and other organizations and individuals involved.”