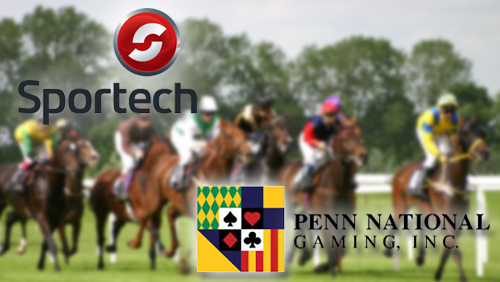 Pools and tote gaming supplier Sportech has inked a six-year deal with Penn National Gaming to provide the latter with betting technology and associated services for up to 11 of its racetrack properties, in addition to five off-track betting venues, and a telephone and Internet account wagering service.

The deal, which will also come with a potential for two one-year extensions, will allow Penn National Gaming to expand its business reach in the US while also giving UK-based Sportech, already processing 50 percent of horse racing bets in the US, a bigger presence in the US market.

Similarly, Sportech will also continue providing its services to numerous other casinos that are part of Penn National Gaming’s portfolio, including Freehold Raceway, Zia Park Racetrack and Casino, Sam Houston Race Park, Valley Race Park, and Sanford Orlando Kennel Club. Another part of the deal is the inclusion of Sportech’s on-track mobile betting service, which will be eligible to use on all racetrack locations, allowing gamblers a chance to enjoy their time at the track and place their bets through their smart phones or tablets.

The deal between these two companies should benefit each other greatly, something executives from both companies remarked as a tie-up that’ll lead to greener pastures on both sides of the fence. “We are delighted to have secured this long-term contract with Penn National Gaming, the largest racetrack and associated betting facility operator in the United States,” Sportech CEO Ian Penrose said. “This further strengthens our position in the United States, and builds upon the international momentum following sales to the UK Tote and a contract with Danske Spil, the State owned Danish gaming operator, earlier this year.”

Christopher McErlean, Vice President, Racing at Penn National Gaming, echoed Penrose’s statements, saying that Sportech fit Penn National’s profile for a company that would provide across-the-board improvements on its offerings to the race-betting public. “We sought to enter into a partnership with a company that would bring significant advantages to Penn National Gaming in the form of improvements to the customer betting experience, increased compatibility between our properties, and delivery of improved operational efficiencies.”

“After a thorough competitive bidding process, we determined that Sportech Racing was that partner,” McErlean added.