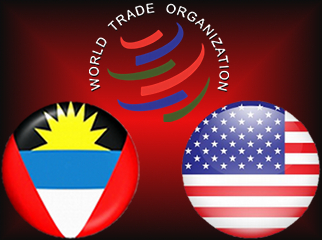 The growing support online gambling is generating in the US should bode well for American legislators who are pushing to have it legalized. But with that, of course, comes a caveat. See, the more the US moves forward to legalizing online gambling, the more it weakens its case against Antigua & Barbuda in their ongoing trade dispute. Turn-about is fair play, or so it seems.

Mark Mendel, the lead council for Antigua & Barbuda, doesn’t mind seeing the US legalize online gambling because in his eyes, it’s tantamount to America shooting its own foot with regards to their squabble with Antigua. “This is of considerable benefit to us,” Mendel told reporters over the weekend.

“It vindicates what we have said all along.”

For well over 10 years, the US has shown nothing but vindictive arrogance towards settling its dispute with Antigua, which stems from the former’s blatant breach of its commitments by shunning the General Agreement on Trade in Services (GATS) enacted by the World Trade Organization. This disregard of policy has been especially crippling for Antigua, particularly it’s growing gambling industry that suddenly saw restricted access to the US after the introduction of laws that pretty much hand-cuffed foreign-based operators from offering gambling and betting services to Americans.

But after US Congressman Peter King passed the Internet Gambling Regulation, Consumer Protection and Enforcement Act of 2013 that would effectively legalize online gambling in the US on the federal level, Antigua was quick to point out that dear ‘ol America is ready to offer the same services it restricted countries like Antigua from doing in the past, thus leaving no weight on the US’ continued disregard for settling its issue with Antigua.

“Now that they are moving in that direction themselves, forcefully…that pretty much completely takes away their formal defense at the WTO,” Mendel said, presumably while trying to contain the giggling he had built up inside his body.

Further bolstering Antigua’s case on the issue is the recent outpouring of support it has received from other countries calling for the US to finally face the music and settle its dispute in Antigua on the negotiating table. According to the Ireland-based attorney, countries like China, Brazil, Venezuela, and numerous other European countries have ordered and proudly worn their “Team Antigua” t-shirts in support of its attempt to finally end the decade-long trade dispute.

Antigua has long acknowledged that it was ready to sit down and negotiate on the issue, but the US has continuously disregarded any and all attempts in participating in any meaningful discussion. This compelled Antigua to finally throw down the proverbial hammer last January when the country’s request to suspend US trade-related intellectual property rights (TRIPS) by the WTO, amounting to $21 million per year, accruing since 2006.

But now that more and more US legislators are warming up to the idea of legalizing online gambling on a federal level, whatever arguments they had to throw against Antigua is in “danger” of being thrown out the window instead.