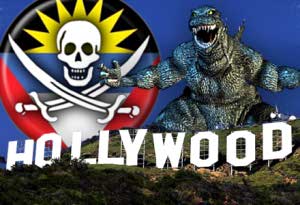 On Monday (28), the Caribbean nation of Antigua & Barbuda will inform the World Trade Organization (WTO) it intends to proceed with its plan to sell US digital media – movies, TV shows, music, games, software, etc. – without compensating the companies and individuals holding the associated intellectual property (IP) rights (a plan that CalvinAyre.com suggested was already in the works last April). Antigua earned the right to disregard US IP restrictions after prevailing in a lengthy legal battle at the WTO over the US’ refusal to allow Antigua-based online gambling companies access to the US market.

In 2007, the WTO ordered the US to pay Antigua $21m in annual compensation for the disastrous consequences the US’ protectionist stance had on Antigua’s local economy. To date, the US has yet to pay a dime, so the WTO authorized Antigua to collect the outstanding sum (now totaling over $100m) by other means, such as disregarding US IP rights. Antiguan representatives traveled to Geneva in mid-December seeking final WTO authorization of its US IP fire-sale, but the US Trade Representative (USTR) claimed Antigua’s request was “untimely,” and the WTO’s Dispute Settlement Body (DSB) agreed to postpone the matter by a month.

DON’T CALL IT PIRACY
The USTR has since described Antigua’s online plans as “government-authorized piracy,” but Mark Mendel, Antigua’s lead attorney in the WTO fight, rejects this description outright. How can it be piracy, Mendel asked TorrentFreak.com, when Antigua had been granted approval from the international governing body of global trade? Mendel confirmed that Antigua would resume its quest for WTO authorization of the specifics of its plan on Monday.

TorrentFreak speculated that Antigua might charge users $5 per month for unlimited downloads of US digital media, but all Reuters was able to get out of Mendel was that the plan could include copyrights, patents or trademarks. “If, when, how it’s going to happen, people will just have to wait to find out.” Asked whether Antigua could conceivably charge users a penny per download, Mendel said only that such a scheme was “an intellectual possibility … $21m could be all accomplished in one go or in 50 million goes. The dollar figure is not important.”

Antigua is well aware how sensitive a subject this is for American politicians, who are undoubtedly getting an earful from US IP lobby groups. As Mendel put it, “American intellectual property rights holders are fighting piracy across the globe. They hate the theft of their intellectual property rights and they spend enormous sums trying to prevent it,” No less a figure than Chris Dodd, ex-Senator and former chairman of the Senate Banking Committee, is now president of the Motion Picture Association of America. Small wonder that Mendel says Antigua has “heard a lot more from [the USTR] over the past two weeks than over the past 10 years.” The flurry of US mainstream media news articles published in the wake of the TorrentFreak piece will only add to the pressure Antigua’s plan has put on the USTR.

Mendel insisted that Antigua remained hopeful that the USTR would climb down off its high-horse and engage in good faith negotiations to resolve the issue without Antigua having to resort to their IP nuclear option – if for no other reason than the fact that other nations who have dealt with US intransigence might get similar ideas. “If we create that precedent, the consequences could be enormous. With Antigua, it’s $21m. Maybe with China it’s going to be $21b.”

DO AS I SAY, NOT AS I DO
In its 2012 year in review, the USTR celebrated the 50th anniversary of President John F. Kennedy’s creation of a Special Representative for Trade Negotiations. After four years in the role, USTR Ron Kirk recently announced his intention to retire in February. (White House economic adviser Mike Froman has been suggested as the most likely candidate to take Kirk’s place, but others suggest Froman is content to remain where he is.) Before heading out the door, Kirk patted himself on the back by saying his department would “continue to play an active leadership role in multilateral negotiations to ensure that all WTO members are able to remove trade barriers and enhance the global flow of goods and services.”

Those are noble sentiments, but they don’t mean much when the US exempts itself from any responsibility to dismantle its own trade barriers. As Mendel told Reuters: “The WTO was sold to smaller countries as a level playing field and a way for them to expand the reach of commerce, subject to a set of rules that apply to everybody. I think more than anything else this case is about fairness. The WTO is supposed to be fair.” Fair warning, America.