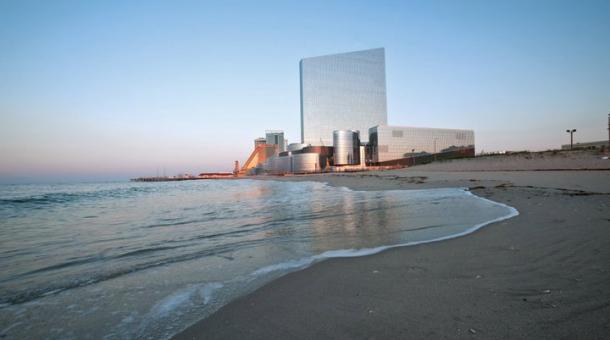 Revel, or should we now say, Revel Hotel-Casino, is getting pretty serious about its attempt to re-invent itself as a premier gambling destination in Atlantic City.

Last week, it was the long overdue name change that also came with a new “Gamblers: Wanted!” marketing strategy.

Well, it didn’t take long for the company to roll out the marketing blitzkriegs. Whether it was commercials, promotions, and what-have-you’s, Revel Hotel-Casino is pretty darn serious about winning a lot of customers back.

Fortunately, one such promotion appears to be getting some traction, especially when it involves the word ‘refund’. For the entire month of July, Revel Hotel-Casino is going to refund all slot losses.

“That’s right. If you win, you win. If you lose, we’ll give it all back!,” the promotion said. Sounds like an easy hook to grab on to, right?

It is, if you understand and read the fine print and know what you’re going to actually get. See, technically, if you lose in slots for the month, you’re not getting your money back. Instead, you get credits on slots that you can use for future play spread out over 20 weeks.

Take for example you getting wiped clean of $10,000 in slots. Over the next 20 weeks, you’re going to get $500 in credit on your Revel Card per week. The caveat is you’re going to have to play with those credits in the said week. If you miss out on playing for a certain week, the corresponding credit of that time goes down the toilet.

So yeah, Revel is giving you your money back, alright, except that you can’t actually bring it home with you. You’re going to have to play it. And on top of that, you’re going to have to be in the casino at least once a week for the next five months. Not exactly catered for tourists and casual gamblers, is it?

But if you’re a regular AC gambler, you can probably get down with that kind of promotion. If so, the first thing to do is get a Revel Card where the casino can put your credits. According to Revel Hotel-Casino spokeswoman Susan Scheirer, getting one doesn’t involve the tedious use of brain cells.

“Just come to the Revel Desk, sign up, and you are on your way,” she says.

It’s a pretty enticing promotion…if you have the time for it.