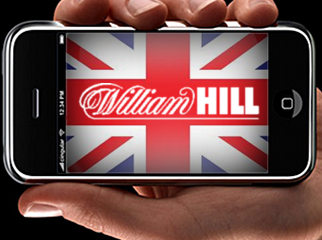 ABI Research estimates that the number of active smartphones in use around the world will reach 1.4b by the end of 2013. Google’s Android operating system will power 57% of these phones, followed by Apple’s iOS at 21%, with Microsoft’s Windows and RIM’s Blackberry scrapping over the remainder. In the UK, an April 2013 survey by eMarketer put smartphone penetration at 48.4% of the population, up from 34.3% in 2011. By 2017, projections are for 65.8% of Brits to be rocking a smartphone.

A December 2012 survey by comScore put the number of British iPhone users at 8.65m. According to mobile data startup Onavo, 372k (4.3%) of those Brits are using their iPhones to wager on sports. Onavo claims William Hill is the iPhone sports bettor’s app of choice, enjoyed by 38% of users. Paddy Power ranked second at 32%, followed by Bet365 (24%), Ladbrokes (9%), Betfair (7%), with Betfred and SkyBet tied at 6%. But in terms of the most engaging sports betting app, Bet365 led the way with users reporting having utilized the app an average of 5.6 days per month, compared to 4.1 days for William Hill’s app and 3.3 days for Paddy Power’s product.

Onavo CEO Guy Rosen told The Guardian that there was “a lot of overlap” among iPhone bettors, with 17% of Bet365’s app also using Betfred’s, and 10% also using Paddy’s. As with other internet-focused industries, mobile is rapidly taking over from desktop computing in terms of consumer preference. Bet365 recently reported a 150% rise in mobile betting turnover, while Hills expects mobile to account for 40% of turnover by the end of the year and Paddy Power reported 42% of its year-to-date online betting revenue came from its mobile offering.