“The first thing we do, let’s kill all the lawyers.” –  William Shakespeare, Henry VI 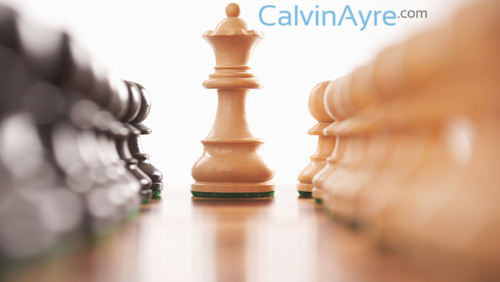 One of the great ironies of the gambling industry is that it appears, at first glance, to be one of the simplest businesses known to man. The ‘house’ – whether a casino, racetrack, or sportsbook – always has the edge. Excepting poker players, cheaters, and lunatics (insert your own joke about poker players here), gambling patrons largely expect – or at least accept – losing all of the money they plan on gambling with. For many, the goal is to “last as long as I can”: an explicit understanding of the fact that, in the end, the house always wins.

One would think then that managing a casino would be rather simple: excepting basic customer service and the extensive surveillance and security needed to prevent cheating, the casino business looks incredibly easy. There are no supply shortages of key materials, no need to buy commodities such as steel or agricultural products, whose prices can fluctuate wildly. In most gambling markets, the number of potential competitors is fixed by law; unlike, say, a Mexican restaurant or a drugstore, no one can buy the land next door, put up a storefront and undercut your prices. Labor costs are minimized by the fact that most customers tip substantially. There is a substantial upfront cost to build a casino – and, to be sure, maintenance of those facilities isn’t cheap – but the same is true for thousands of large-scale manufacturing and distribution companies worldwide.

Of course, it takes very little time covering or working in the gambling industry to realize just how complex it truly is. One of the key reason for that complexity is that gambling itself is one of the most heavily regulated industries in the world. That fact alone makes investing in casino stocks difficult; because not only must analysts and investors attempt to predict the behavior – and success – of individual companies in the sector, they must also predict the behavior – and success –  of regulators and governments throughout the world, as their effect can have material impacts on gambling providers and their share prices. No example better illustrates that than that of PartyGaming, now a part of bwin.Party Interactive Entertainment (BPTY.L), who went public at a $9 billion valuation in 2005 but lost 75 percent of its market value in a single day a year later upon the passage of the UIGEA in October 2006.

On May 29, the FTC announced its intent to block the acquisition of Ameristar Casinos (ASCA) by Pinnacle due to anti-trust concerns. According to a Bloomberg report, the agency argued that the merger would hurt competition and reduce payout to gamblers in the St. Louis, Missouri and Lake Charles, Louisiana markets. (Lake Charles is a significant market for gamblers from Houston, the US’ fourth most populous city, unfortunately located in a state where gambling remains banned.) Shares of Pinnacle fell more than 8 percent on the news. Shares of Ameristar dropped from $26.30 – right near the $26.50 offering price from Pinnacle – to as low as $23.28 in intraday trading before rebounding; they closed Friday at $26.21.

Regardless, the FTC move to block the merger dropped Pinnacle’s share price, and for good reason. While analysts still expect the Pinnacle-Ameristar tie-up to go through, the effect of the FTC’ decision on Pinnacle is a clear negative in a number of ways. First, it seems likely that Pinnacle will have to sell off properties in St. Louis (where the combined company would have 58 percent market share, according to the Las Vegas Review-Journal) and potentially Louisiana; selling regional casinos in a pair of stagnant markets will be easier said than done. More importantly, Pinnacle’s leverage is essentially gone; potential buyers such as Penn National Gaming (PENN) – once its spinoff goes through – will know that Pinnacle must sell the properties in order to make the merger work. Those potential buyers also know that Pinnacle shares jumped 21.3 percent on the news of the Ameristar acquisition, and have continued to rise since; as such, the collapse of the merger would likely cost Pinnacle a few hundred million dollars in market value.

All told, Pinnacle’s drop from a five-year high of $21.19 to Friday’s close of $19.19 – reflecting a loss in market value of roughly $115 million – would seem to reflect the company’s need to sell one, or possibly two properties, into a buyers’ market with little leverage. There is another, smaller effect: Ameristar management, in the text of the merger agreement submitted to the Securities and Exchange Commission, made sure that its payment of a quarterly dividend of 12.5 cents would continue to be paid to Ameristar shareholders. The FTC’s decision has the likely effect of delaying the closing of the acquisition, and allowing Ameristar shareholders to receive the dividend. Should the merger be extended for another six months – as seems likely – Ameristar equity holders will receive over $8 million in dividends that would not have been paid had the merger gone through on time. For Pinnacle shareholders, that is not a substantial sum – roughly 15 cents per share – but, combined with the negative effect of losing properties in St. Louis and Lake Charles explains, and justifies, the recent downdraft in PNK shares.

Shares of Penn National Gambling lost 1.5 percent in after-hours trading on Thursday after the US Internal Revenue Service announced a working group to define the term “real estate” relative to the conversion of Iron Mountain (IRM), a document storage company, into a real estate investment trust (REIT). PENN shares rose 28 percent after the company announced plans in November to spin off its properties into a REIT; its operating company would then lease the properties from the REIT, drastically limiting US federal income taxes and boosting shareholder returns.

It would appear that the IRS decision does not affect Penn’s plans; indeed, the company has repeatedly pointed out that it received a “private letter ruling” from the agency in advance of its plans, which would appear to mitigate any concerns about the tax implications of the spin-off. PENN shares would rebound quickly after the decline, lending further credence to the idea that gambling properties – even those built on what are essentially anchored riverboats – are considered “real estate” in the eyes of the federal government.

Still, the results of the working group bear watching by the gambling industry. Shares of a number of regional operators jumped in the wake of Penn’s decision, as investors guessed that other casino companies might follow Penn’s lead. If the working group decides that casinos are somehow ineligible for REIT benefits – which include an exemption from federal taxes if 90 percent of profits are returned to shareholders in the form of dividends – it would have a significant, negative impact on the share prices of US operators such as Isle of Capri (ISLE), Boyd Gaming (BYD), and Pinnacle.

3. Representative Peter King (R-NY) versus the Baptists, the moral arbiters, the hypocrites, and anyone else who dislikes gambling.

There’s another federal iGaming bill on the docket, this one from Rep. Peter King of Long Island. The bill was instantly criticized by, among others, Senate Majority Leader Harry Reid (D-NV), himself a long-time sponsor of federal legislation who claimed the bill had little chance of passage.

What is interesting for investors is that King’s bill did not create the kind of jumps in gambling stocks seen by previous legalization. In the wake of previous legalization efforts, shares of companies such as Caesars Entertainment (CZR) and Zynga (ZNGA) saw huge moves, as speculators rushed in to buy the stock on the hopes of large-scale iGaming legalization in the US. Yet, when news of King’s bill was released on Thursday, little happened. Caesars shares gained modestly, while Zynga’s share price fell by two cents per share, with the stock still reeling from news earlier in the week of massive layoffs at the company.

The question for investors, and traders, in the market is whether the market simply shrugged at King’s bill, figuring it has no chance of passage, or whether the market has fatigued of the knee-jerk “buy, buy, buy” reaction toward US gambling stocks in the wake of any positive news on the iGaming front. Given the fact that Caesars gained over 60 percent after the passage of online gambling in New Jersey, and Zynga saw a one-day rise of over 7 percent simply by applying for a license in Nevada, it would appear the market has slowly wised up to the slow pace of US legalization and the inevitable competition the market will surely entail. Amidst the more euphoric attitude toward US online gambling seen barely a year ago, it seems likely that both stocks – among others – would have seen stronger gains based solely on the news of any federal iGaming bill, no matter its chance of passage.

This types of calculations are what making running a gambling business – and investing in the sector – so much more complicated than many might expect. Governments and their regulators can have material impacts on revenue, earnings and share prices; and their goals don’t always match those of the companies they monitor. It’s why executives – and investors – in the sector must do their best to keep their eye on the legal aspects of the business. And it’s why, even 550 years later, many of us would love to heed Shakespeare’s advice.