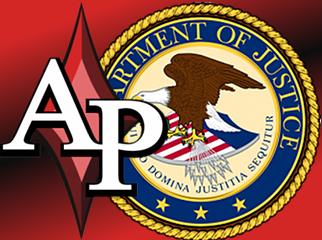 The US Department of Justice has prevailed in its fight with the erstwhile owners of the carcass of online poker outfit Absolute Poker that will free the government to liquidate AP’s remaining assets, such as they are. In January 2012, Avoine Servico de Consultadoria e Marketing, Lda filed a claim stating it owned the AP assets that were ordered seized by the DOJ on Black Friday, including the software, hardware, domain names and other intellectual property connected with the site. On Monday, Judge Kimba Wood dismissed Avoine’s claim with prejudice, ending Avoine’s right to assert further claims against the US government.

Avoine was one of the many shell companies created by AP’s ownership through which perhaps hundreds of millions of dollars in poker profits were funneled, the ultimate destination of which remains a hotly debated matter. It’s equally debatable whether the dismissal of Avoine’s claim to the AP assets will ultimately result in any compensation for the thousands of poker players left high and dry when the Cereus network sites collapsed under their own insolvent weight post-Black Friday.

For a dose of perspective, consider that the remission process for funds owed to Full Tilt Poker’s US players is still nowhere near the point where checks are being cut, despite 10 months having passed since PokerStars cut the DOJ a check for the full amount owed by FTP and nearly three months since the DOJ selected the Garden City Group to handle the remission process. In May, players on poker forums reported receiving communications from Garden City stating that setting up the mechanism by which players could submit claims – as well as working out the ‘formula’ to determine how much of players’ balances will be remitted – could take anywhere up to a year, after which it would be an additional six to twelve months before these claims were processed. With any luck, Santa will be dropping something nice into FTP players’ stockings on Christmas Eve 2014.