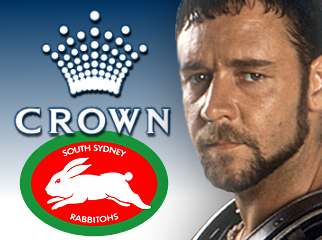 It’s been an eventful week for James Packer, boss of Australian casino operator Crown Ltd. The Queensland attorney general has approved Crown boosting its stake in rival casino operator Echo Entertainment from its current 10% level to a maximum of 25%. The week before, Crown received approval from the New South Wales government to boost its Echo stake to 23%. The Hong Kong subsidiary of Malaysian casino operator Genting, which own 5% of Echo, has filed a similar application to boost its stake.

Crown and Echo are engaged in a bitter war over who will get the new Sydney casino license NSW premier Barry O’Farrell plans to award when Echo’s existing monopoly expires in 2019. Packer wants to build a $1b VIP-focused casino in Sydney’s Barangaroo development, while Echo has promised to expand The Star casino into a full-fledged integrated resort if the government agrees to extend its monopoly beyond 2019. O’Farrell recently extended the deadline for each company to submit their respective proposals to June 21. With the potential to raise its stake in Echo, Packer has options regardless of who wins the Sydney beauty contest.

RUSSELL CROWE STICKS IT TO THE STAR
The war between Crown and Echo has extended to the rugby pitch. Earlier this month, The Star pulled the plug on its $2m sponsorship of the South Sydney Rabbitohs, the National Rugby League (NRL) team owned in part by actor Russell Crowe. Crowe had personally done the deal in 2011 with The Star’s former boss Sid Vaikunta, who was sacked last year after allegations of drug use and sexual harassment surfaced. An irate (more than usual) Crowe told the Telegraph that “not one single representative from Star has even bothered to get me on the phone … it was such a public thing in the beginning and it’s just closed mouths and closed doors at the end.”

Enter Packer, a close friend of Crowe’s, and the Rabbitohs suddenly have a new three-year $3m jersey sponsorship with Crown. The deal is the same as the one Crown has with NRL club Melbourne Storm, but Packer says one deal won’t affect the other. Packer couldn’t resist taking a shot at his casino rivals, saying Crown was “absolutely stunned that The Star walked away.” Crowe rolled the log back, saying he supported Crown’s Sydney casino bid because Packer was “very well aware when it comes to Australia, Sydney is the golden gate.”

PACKER CAN’T DUCK NEVADA LAWSUIT
The week wasn’t all gold for Packer. On Wednesday, the Nevada Supreme Court rejected Packer’s bid to have his and Crown’s names removed from the lawsuit filed by irate lenders of the ill-fated Fontainebleau Las Vegas casino. The never completed $2.9b Fontainebleau project went bankrupt following the 2008 financial recession, leaving a group of 46 lenders out $700m. Packer and Crown, which itself lost $279m via the deal, have been accused by the lenders of hiding cost overruns prior to things going completely sour.

The three-judge panel of Supremes ruled that Packer and Crown had failed to demonstrate why they should be exempted from the suit, clearing the way for a trial in Clark County District Court. Whether the trial will have any impact on Crown’s Sydney casino bid is anyone’s guess, but Echo will likely ensure the NSW government is kept fully apprised of the situation.