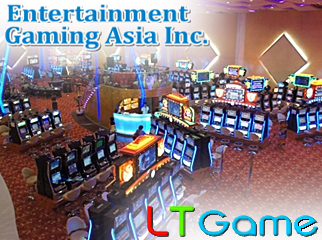 Casino operator and gaming equipment supplier Entertainment Gaming Asia (EGA) lost $2.5m in Q1 2013, although $2.2m of this was related to the closure of a manufacturing plant in Australia and the opening of another factory in Hong Kong. EGA, which supplies gaming chips and plaques to Asia-Pacific casinos and operates gaming facilities in Cambodia and the Philippines, posted a net loss from continued operations of $329k, compared to net income of $881k in Q1 2012. Total revenue was $6.7m, up 22% from the same period last year, while gaming operations revenue was up 6% to $5.3m.

Revenue from EGA’s slots operations in Cambodia was off 15% to $3.3m, for which EGA blames a week-long mourning period for Cambodia’s king and a strike by workers at NagaCorp’s NagaWorld casino in Phnom Penh. Philippines’ slot revenue fell 18% to $0.9m, although win per unit per day rose 18% to $86. EGA’s latest Cambodian venue Dreamworld Poipet (gaming floor pictured at right) had its official opening on May 9 following a soft launch on March 28. This comes one year after the launch of EGA’s first gaming joint under the Dreamworld brand, Dreamworld Pailin, on the Cambodia/Thailand border. Dreamworld Kampot is scheduled to open its doors on the Cambodia/Vietnam border later this year.

EGA’s gaming products division saw revenue nearly triple to $1.4m in Q1 thanks to increased orders from the Crown Perth casino and the new Solaire Manila resort-casino in the Philippines’ Entertainment City development. Despite the increased volume, the division ended up in the red as costs mounted from the closure of EGA’s Australian factory and the opening of a new plant in Hong Kong (where labor is one-fourth the cost). The new plant will be “working double shifts” for the foreseeable future in order to fill $1m in confirmed re-orders. EGA is also examining the possibility of expanding its product line to include chip trays, playing cards and dice. (Just be sure to cut the cards correctly.)

Another Asian gaming supplier finding success with Australia’s Crown Ltd. is Paradise Entertainment subsidiary LT Game (last seen intimidating rival Alfastreet into skipping this year’s G2E Asia). Union Gaming Research Macau revealed that LT Game has won a new order to boost its electronic table games (ETG) presence at the Crown Melbourne casino from 20 units to 100. LT Game already enjoys more than half the ETG market in Macau thanks to its (disputed) patent on ‘stadium-style’ live dealer baccarat games. LT Game currently provides 2,483 ETGs in Macau (out of a total 4,764) and is struggling to fill backorders of another couple hundred devices. Nice to have such problems.