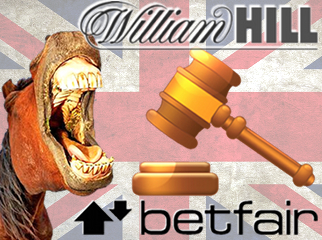 British bookies William Hill have lost their legal fight to make users of betting exchange Betfair contribute to the UK horse racing levy. The case dates back nearly two years, when Hills and the British Horseracing Authority (BHA) launched a challenge of a ruling by the Horserace Betting Levy Board (HBLB) that Betfair users who accepted ‘lay’ bets didn’t qualify as bookmakers and were thus exempt from the levy imposed on regular bookmakers.

In July 2012, the High Court rejected Hills’ challenge, but gave them leave to appeal. Hills eagerly exercised this option, although the BHA dropped out of the suit after Betfair signed a five-year pact to ante up 10.75% of its annual horse wagering revenue to British Racing. This week, the British Court of Appeal unanimously rejected Hills’ do-over, leaving Hills liable for 50% of Betfair’s legal fees, plus a further 25% of the costs Betfair incurred defending itself against Hills’ original challenge.

Following the ruling, Hills issued a statement saying it was “disappointed,” but maintained that it had “acted with the best of intentions in pursuing this matter, with the sole aim of creating a level playing field for the entire betting industry.” Betfair legal eagle Martin Cruddace said the company was “very pleased” with the ruling that “vindicated” the company’s position. Cruddace couldn’t resist twisting the knife a little, applauding Hills’ “obviously sensible” decision not to pursue the matter any further while deeming it “unfortunate that the seven figure costs incurred by the Levy Board in defending William Hill’s litigation have had a direct and significant impact on prize money. William Hill Online remains by far Britain’s largest non-levy paying bookmaker.”

This was already a bad week for Hills, after Ladbrokes announced it had poached Hills’ COO Jim Mullen to head up its revamped online operations. Lads recently signed a five-year pact with online gambling software outfit Playtech to help kickstart the UK bookies’ lethargic online business. Mullen will assume the mantle of Director, Digital when he joins the company in November. Mullen will report directly to CEO Richard Glynn, who says Mullen brings “a wealth of hands-on experience, having worked with Playtech for the last three years” on William Hill Online (before Hills tired of the antics of its joint venture junior partner).