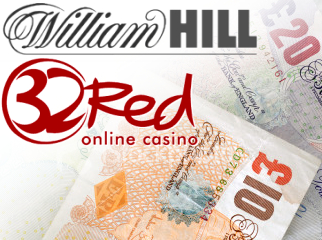 The UK High Court has awarded £150k in damages to Gibraltar-licensed online gambling outfit 32Red over its longstanding trademark dispute with UK bookies William Hill. The dispute, which dates back to 2009, stemmed from Hills’ use of the 32Vegas online casino site, a property formerly owned by Playtech and which Hills acquired as part of its ill-fated William Hill Online joint venture with Teddy Sagi‘s outfit. Neither Hills nor 32Red representatives attended Friday’s ruling at the Royal Courts of Justice, which was issued by Mr. Justice Guy Newey.

In bringing its suit against Hills, 32Red claimed Hills’ use of 32Vegas was creating confusion in the marketplace. Hills countered with an argument along the lines of ‘pull the other one,’ given that it had stopped using the brand in mid-2009, not long after finalizing the Playtech deal. In 2011, the High Court of Justice ruled in favor of 32Red, and that decision was upheld on appeal in January 2012.

An inquiry was held in February 2013 to determine the amount 32Red was owed in compensation. 32Red had sought as much as £3.3m – equal to its total earnings last year – while Hills had responded with the traditional low-ball approach, saying 32Red was more likely entitled to something in the range of £25k-£50k.

While the amount of damages awarded was closer to Hills’ estimate, there’s seemingly no end to the costs inflicted on Hills via its tempestuous Playtech tie-up, as another inquiry will be held in the coming weeks to determine how much Hills will have to pay to cover 32Red’s litigation costs. 32Red has previously estimated it has spent over £1m in its fight with Hills.