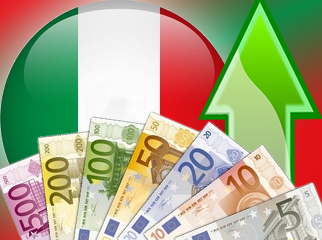 Last week, Italian gaming service provider Microgame announced a deal to offer a number of online slots titles from Canadian gaming solutions provider/developer Amaya Gaming Group. As Microgame is the power behind some 160 online brands in the Italian market, Amaya CEO David Baazov is fairly confident the deal will go a long way toward increasing Amaya’s market share in The Boot.

Italy’s gaming regulator AAMS approved the introduction of online slots last June, and only began issuing the requisite licenses in December. According to figures released by the Agimeg news agency, the presence of slots has boosted online casino games revenue by 80% over the previous year. The 75 or so Italian-licensed operators who have launched online slots helped push February’s online casino revenue to €18.2m, compared to €10.1m in February 2012. The Agicos news agency says Gibraltar-based operator 888’s slots have accounted for €1m of revenue on €46m in turnover in the three months they’ve been operating.

Italian operator SNAI is breathing a sigh of relief after learning the AAMS doesn’t plan on revoking the company’s gaming license. Last year, SNAI shut down its entire complement of 1,450 Barcrest video lottery terminals after the machines erroneously began informing winners they’d won large jackpots. The shutdown caused SNAI’s earnings to tumble and AAMS has slapped SNAI with a €1.5m fine for the cockup, but declined to yank SNAI’s license. SNAI may still face a raft of civil suits from its jackpot-deprived customers.

Finally, a belated happy seventh birthday to the Italian online gambling blacklist. Europe’s oldest list of (alleged) online blackguards, scoundrels and ne’er do wells. Since its debut in February 2006, Italy’s blacklist has grown from a mere 500 domains to just under 4,300, a rate of inflation that roughly parallels the number of underage females that Silvio Berlusconi has bunga-bunga’d. Much like Berlusconi’s ego, the blacklist is inflated somewhat by a multitude of slightly tweaked domains that operators have used to get around earlier blocking attempts. And much like Berlusconi’s hair, the blackness of the operators on the list is dubious, as many have since been granted official licenses to operate in the country.