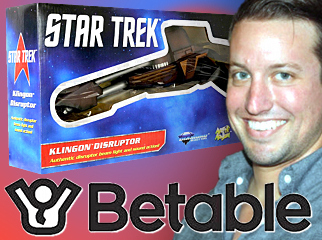 Real-money online gambling enablers Betable will host Hackathon 2.0 in San Francisco starting Saturday April 27. Developers will compete to try to build the best possible game from scratch over the course of a single weekend. Amidst all the frantic coding, Betable will be holding workshops on casino game design, as well as providing a ‘walkthrough & demo’ of just how Betfair helps social gaming companies painlessly upgrade their operations to be able to offer real-money gambling. For the uninitiated, the UK-licensed Betable – which may pursue additional licenses in France and Italy – provides social gaming companies with a bolt-on backend that handles all financial transactions, sparing companies the necessity of being poked and prodded by a gambling regulator.

The Hackathon is subtitled ‘Disrupt Gambling and Gaming.’ Betable CEO Chris Griffin (pictured right) explained the sentiment behind this theme at the recent Casual Connect Europe in Hamburg. Griffin told delegates there was a huge opportunity to disrupt online gambling because the companies occupying this space aren’t games developers “as we think of them.” Griffin believes online gambling companies have been too content to go on recycling century-old products off the gaming floor. VentureBeat quoted Griffin saying there was an enormous opportunity for social gaming companies to take “money from the core incumbents,” provided your product was sufficiently engaging, inventive and (yes) disruptive.

Some of those incumbents believe Betable itself may be disrupted, especially if established companies like IGT, WMS and SHFL chose to launch patent cases against Betable’s social gaming companies. It may have been something those dinosaurs could let slide while these social gamers were still dealing in virtual credits, but once you start drinking their milkshake… In the immortal words of Cyndi Lauper: money changes everything.

Other observers believe the same pesky regulators from which Betable aims to protect its clients could be their undoing. As if on cue, Spanish financial paper Expansión reported that Spain’s Dirección General de Ordenación del Juego (DGoJ) conducted a study that concluded one-fifth of the country’s social gamers were under the age of 16. Free-play social gaming is technically outside the Spanish gambling regulator’s mandate, but the DGoJ has apparently decided to monitor the sector with an idea toward possibly bringing social games under its regulatory heel. Similarly vague warnings of doing something about something were bandied about in the UK in January.

Following his Hamburg presentation, Griffin told GamblingCompliance he’d done his homework and was well prepared to deal with potential pitfalls. Griffin described the relationship between Betable and the social gaming companies it had teamed with in terms those ‘core incumbents’ would recognize. “We’re the operator. The developers are basically just affiliates. It’s as if a blogger was sending traffic to Betfair.” Betable’s first big ‘affiliate,’ Big Fish Games, signed on last August. Since then, Big Fish CEO Paul Thelen told the New York Times his average revenue per player was over $20 per day, compared to 30 or 40 cents when the credits were purely virtual. Griffin claims about 2% of Big Fish social casino players had now played with real money, and 80% of these players had previously never spent money on social casino games. It’s this type of “complementary” activity that Griffin says is “what we’re excited about.”