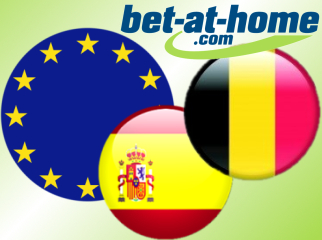 BetClic Everest Group subsidiary Bet-at-home has lost its legal bid to have its name scrubbed from Belgium’s online gambling blacklist. Bet-at-home had argued that the Belgian Gaming Commission (BGC) blacklist and its related IP-blocking was illegal under European Union (EU) laws on monitoring of internet data. On Tuesday, the Court of First Instance in Brussels ruled that the BGC was within its legal rights to blacklist Bet-at-home and that the Malta-licensed operator was dreaming if it expected the Belgian legal system to grant it the go-ahead to conduct an illegal activity.

As less than half of the country’s internet service providers are IP-blocking sites on the BGC blacklist, the court ruled that the decision to IP-block was “down to the ISPs themselves,” therefore the BGC could not be responsible for any damage Bet-at-home suffered as a result. Adding injury to insult, the court ordered Bet-at-home to pay court costs of €5k. Bet-at-home is the second online gambling outfit to challenge the BGC blacklist and lose, following Bwin.party’s defeat in June. Altius attorney Philippe Vlaemminck, who represented Belgium in the court action, said he hoped Tuesday’s ruling would signal “the end to the actions against the Belgian law.”

THE ‘OPPORTUNITY POLITICS’ OF ONLINE GAMBLING
Europe’s varying and often very restrictive online gambling regulatory regimes are a prime cause of operator ulcers, but despite a veritable library of EU and European Commission (EC) reports and guidelines, there isn’t always a lot of concrete action these bodies can take against individual member nations. At the recent European Online Gaming Law conference in London, deputy head of the EC’s online and postal services unit Harrie Temmink said the EC could only act if a country’s licensing regime wasn’t transparent, was discriminatory or provided no option for appeal. Worse, as Temmink confided to GamblingCompliance, even in cases in which action is justified, the EC may choose not to act purely for “opportunity reasons” aka political reasons. “Freedom of choice is a good thing in principle, but if we have to translate it politically [and] legally, it’s a bit more complicated.”

SPAIN TELLS ONLINE OPERATORS TO SHOW THEIR WORK
Complicated is an apt way of describing Spain’s approach to choosing which products operators may offer to their Spanish customers. A loud groan went up earlier this month when Spain announced it needed more time to consider whether or not to allow online operators to offer slots or betting exchanges. On Tuesday, Spain formally announced a call for comments on the introduction of these products, and operators have until March 5 to get their reports onto the teacher’s desk.

Spain undertook a similar consultation in December, but apparently it consisted of nothing but letters to Santa asking for stuff. This time, the Dirección General de Ordenación del Juego (DGoJ) says operator submissions must provide evidence as to how the new products they’re seeking measure up to the following criteria: preventing minors from accessing the products; preventing illegal activities such as money laundering, collusion and match fixing; ensuring the gambling is fair; protecting player funds and personal data; and preventing ‘illegal gambling.’ The DGoJ promises a decision – or, at the very least, an even fresher call for consultations – by April 22.

Desperate, perhaps, to prove they’re not entirely grinchy, the DGoJ has approved a live roulette product for 888’s Spanish-facing site. 888’s online casino is the most popular one in Spain and, since roulette accounts for 60% of the local online casino market, 888 will likely grow even more popular as a result of the live option’s addition.