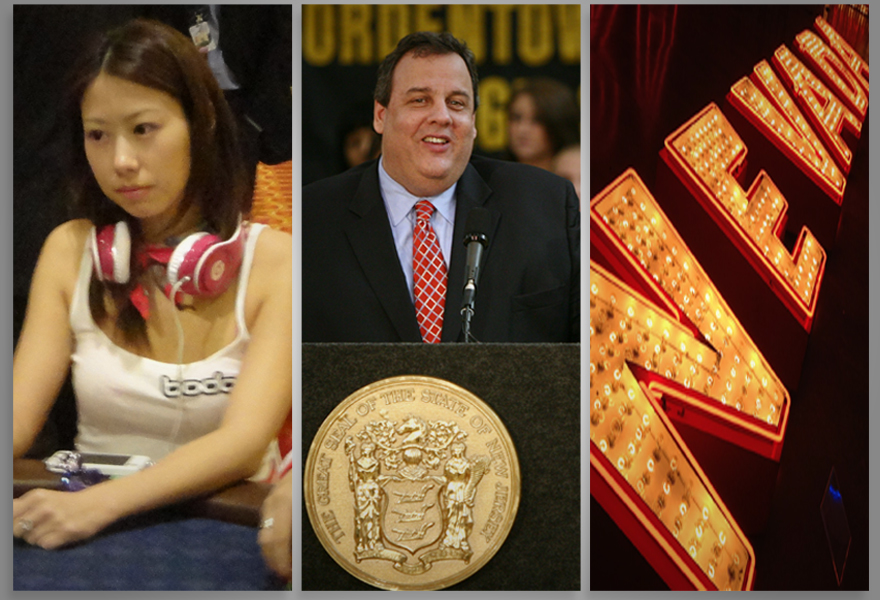 It’s Friday and I don’t know about you, but I’m in a great mood. The weekend is on the way, one of my favorite bands just released its first album in 22 years, and my favorite hockey team has won four games in a row. I feel like sharing some positivity, so why not extend a few congratulations in this week’s Dealer’s Choice?

…Bodog sponsored pro Jay Tan. The former banker from Hong Kong played her first Aussie Millions this week and stole the spotlight from some of the world’s highest-profile pros. She advanced to the final table of the Main Event, where she played alongside Patrik Antonius and Dan Shak. Tan was the first player eliminated at the final table, but her seventh-place finish was good for A$150,000 (US $158,355).

It was a breakthrough performance for Tan. Her previous best result, a $40K take in the Macau Poker Cup Red Dragon Event last February, came just two months before Bodog signed her on. Appearing at the final table of the most prestigious poker tournament in the Asia-Pacific region is going to boost her profile higher than ever. She has the chance now to capitalize on her success in Melbourne by taking her game to the next level, which ought to exciting to follow.

…New Jersey, for getting out ahead of the rest of the country on online gambling. Chris Christie’s conditional veto was technically a “no” answer to the online gambling legislation presented to him by the state legislature. But his 31-page veto statement laid out a clear path to getting his signature. Steven Stradbrooke looked at the changes Christie required, and notably one of them was not a “bad actor” clause. Current online operators will have their chance at licensure and regulation in New Jersey just like the brick-and-mortars – or, most likely, in partnership with the B&M’s. Nor was there a stripping of full gambling to make the bill poker-only, like Nevada’s system.

In finalizing the substitute bill that he returned to the legislature, Christie suggested that “it is incumbent on the elected officials of this State to act with equal parts confidence and caution. In the wake of the devastating losses suffered by our residents in recent months, we must embrace new ideas to fuel our reconstruction and continued prosperity. Internet gaming should be a part of that effort. With the recommendations I propose today, we can revitalize one of our State’s premier attractions, and reintroduce New Jersey and Atlantic City at the forefront of innovation and entertainment.”

Those are probably the most positive words ever spoken in favor online gambling by an American politican with any real power. It’s a recognition that at the core there is no real difference between traditional brick-and-mortar gambling and online gambling. Online gaming companies showed the world over the last decade that people don’t want to have to go to casinos just to enjoy putting down a few bets. Instead of trying to hold back the tide of a high-demand market, Chris Christie is embracing it and looking to the future. The legislature, led by state senator Raymond Lesniak, is already at work hammering out a bill to present to Christie by the middle of March.

And not exactly a “congratulations,” but more of a “keep your chin up” to…

…Nevada. Hey, they’ve gotten plenty of congratulations over the years, especially when they jumped ahead of everybody else to begin licensing online poker providers within the state. Now, while New Jersey is moving forward, the once-presumptive market leader is slowing down on bringing online poker to the masses.

The companies Nevada licensed to be the first to market with state-licensed and regulated online poker rooms say they need more time to test their software. The Gaming Control Board has given its OK for South Point Poker, Monarch Interactive, and American Casino and Entertainment Properties to work on testing until August. They’ll need approval from the Nevada Gaming Commission, too, but that doesn’t sound like it’s going to be an issue.

Meanwhile, without even one state-approved operator up and running, Gov. Brian Sandoval has asked the Nevada legislature to approve interstate online poker. It seems like this might dovetail with one of the changes Gov. Christie made in his conditional veto in New Jersey. Christie altered the language allowing New Jersey to work with other states on online gambling from “an interstate compact” to “a reciprocal agreement.” Where an “interstate compact” implies a relationship between an unspecified number of states, a “reciprocal agreement” implies a relationship between just two parties. Two parties like, say, the gaming industry’s two leading states.

Nevada has the already-existing regulatory framework for online poker, but it doesn’t have a critical mass of players. New Jersey, on the other hand, is the 11th most populous state in the Union and has plenty of players but would have to start from scratch on its own regulations. With states like Iowa and Mississippi considering online gambling bills, it would be to the advantage of Nevada and New Jersey to come to an agreement on their own before anyone else can act. Instead of fighting to be first to market, they could cooperate and both keep their places at the head of the American gambling regulation game. If that’s what Christie is indeed angling for, it would be quite a nice play.