With A$1.6m awaiting the winner, online star Antonius is hoping for a finish that tops the $635k he earned last April for his fourth-place finish at the EPT Monaco High Roller, while Tan is hoping to outdo her boyfriend ‘Hong Kong’ Kenny Wong’s runner-up spot at this event last year. Wong exited this year’s event in 28th spot, earning $35k (compared to last year’s $1m), sadly eliminating the tantalizing possibility of a boyfriend/girlfriend heads-up battle. Melbourne native Glennon is looking at his biggest score ever, while fellow Melboune man Cabret is on track to best his best ever live prize ($130k at the 2009 PokerNews Cup Challenge main event), and Auckland native Yan is set to vastly improve on the $10k he earned via the Team Event at last year’s Aussie Millions.

IveyPoker also added Johnathan Jaffe, Aaron Jones and Christina Lindley this week. The signings have produced no shortage of Twitter tittering, with poker commentator Norman Chad leading the way, saying IveyPoker “now needs only 36 more instructors to run its own TeamIvey Heads-Up Poker Championship” and how the site was “starting to remind me of the Ted Baxter Famous Broadcasters School, but at least the TBFBS had one student.” But perhaps the best observation came via this illustration from @pokerlolz: 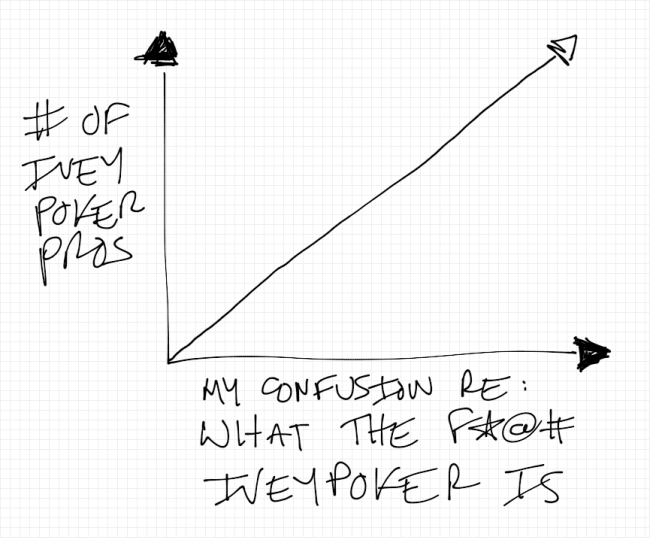