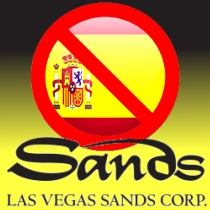 The head of Spain’s gaming regulator has said he won’t proceed with plans to authorize the country’s licensed online gambling operators to offer slots until he’s sure it won’t cause a rip in the space-time continuum… or something. Enrique Alejo, head of the DGoJ regulatory body, has told the country’s finance ministry that despite operators clamoring for the ability to make their offering more compelling – and possibly even profitable – via the introduction of online slots, he’s concerned about the risks such a move might pose to Spanish gamblers. More likely, Alejo is considering the risk to Spanish land-based casinos, which have lobbied hard against the introduction of online slots. You know, for the sake of the kids…

Despite having just undergone a consultation on this issue in December, Alejo says he will issue a fresh call for public comment, but provided no timeline for when he might make a decision. Alejo put a similar hold on plans to permit exchange betting, which no doubt has Betfair feeling muy caliente under the collar. Small wonder that eight of the 53 licenses Spain issued just last year are already dormant. On the plus side, Spain is still considering expanding operators’ bingo options and lifting the ban on in-play sports betting wagers. Alejo also said one of his goals for 2013 would be to put in a place a system under which Spanish and Italian poker markets could share liquidity.

LAS VEGAS SANDS JUST SAYS NO TO ONLINE GAMBLING, DISSES THE VEGAS STRIP
Don’t expect Las Vegas Sands to apply for a Spanish online gambling license anytime soon. On Monday, Sands’ president/COO Michael Leven told attendees at the International Casino Conference in London that, as far as online gambling was concerned, “we don’t do it in the United States, and there’s a very good chance we won’t do it [in Europe].” While Sands titan Sheldon Adelson has previously described his opposition to online gambling in terms of it being a corrupter of morality and a cannibal of land-based casino business, Leven expressed doubts about the online gambling sector’s long-term profitability.

Sands is positive about the long-term future of the euro currency, otherwise it wouldn’t have spent the $11.6m researching its Spanish EuroVegas casino project. A final location in the Madrid region will be announced this week, with the Alcorcón metropolitan area the “leading contender.” Leven revealed that the initial phase will consist of four integrated resort-casinos – each housing entertainment venues, convention facilities and retail outlets – offering a combined 8k–12k hotel rooms. The project carries a price tag estimated at $7.5b to $9b, with Sands putting up 35%–40% of the total and outside investors covering the difference. Leven has high hopes for the project’s success, noting that there are a billion people within a five-hour flight from Madrid, compared to just over 400m within the same proximity to Las Vegas.

Despite the project’s popular working title, Leven stressed that the concept was not to build a European copy of the Las Vegas Strip, parts of which GamblingCompliance quoted Leven describing later to reporters as “dirty” and “honky tonk.” The Spanish project would be entirely European and a “pristine experience.” It’s perhaps not a coincidence then that Wynn Resorts’ Steve Wynn – who prides himself on the opulence of his company’s venues – has reportedly expressed interest in at least talking about joining Adelson in the project’s second phase. If nothing else, at least they’ll have somewhere safe to move after President Obama rips up the 22nd Amendment to the Constitution and seeks a third term in office. Obama 2016!