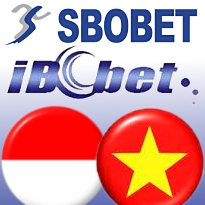 Indonesian authorities have arrested nine individuals for their roles in helping punters wager with prominent Asian online gambling sites IBCbet.com and SBObet.com. The Jakarta Post quoted police officials saying the operation in Johar Baru, Central Jakarta had been in business since 2010, earning a “daily income” of Rp 30m-50m (US $3k-5k). That operation fed into a larger hub in Surakatra, Central Java, which could “reap” up to Rp 300m ($31k) per day. Police seized over Rp 1b ($104k) and are examining 150 bank accounts that did transactions with the ring’s central account, although they acknowledge some of these are likely bettors’ personal accounts.

The ring reportedly also offered illegal lottery games and had connections with “a bookie in Singapore,” although both the sites mentioned in the article are licensed in and operated from Manila. If convicted, the arrested individuals face maximum sentences of 10 years in an Indonesian prison, descriptions of which run the gamut of ‘inhumane’ to ‘hell hole’. Small wonder that the boots-on-the-ground agents in the Asian credit betting business charge the commissions they do; they’re taking all the risk. Anyway, this is the latest bust since three Indonesian ministries announced their intention last July to pool resources in a bid to dampen the growing appeal of online gambling in the world’s most populous Muslim nation. Since then, they’ve also taken down a locally run site called Tangkasbet and a “big online gambling group from the US.”

The gamblers whose accounts were frozen as part of the Indonesian investigation might feel hard done by, but they got off lightly compared to a group of gamblers in Ho Chi Minh City, Vietnam. Details are sketchy, but police apparently raided an apartment in Tan Binh district in which 10 people were gambling, and TuoiTreNews reported that one of the cops had the brilliant idea of firing his pistol into the ceiling. (Probably saw it in a movie and thought it looked cool.) Suitably spooked, three of the gamblers apparently made a break for the fourth- or fifth-floor (accounts vary) balcony, where they either jumped or fell after the banister gave way. VietnamNet reported two of the three died, while the third remains in critical condition.

Vietnamese businessman Ly Sam, whose controversial $55.5m slots jackpot win was upheld this week in District Court, will owe the state $5.5m in taxes on his winnings, assuming the ruling stands. Dai Duong Joint Venture – the operators of the Palazzo Club slots parlor in the Sheraton Saigon Hotel – have announced their intention to appeal the decision, but they may want to cut their losses, as Sam is saying that he will use the appeal to compel Dai Duong to add $3.5m in interest he claims is owed on the 2009 windfall. But Dai Duong’s attorneys warn that unless the “emotional and ungrounded” verdict is overturned, the company “will be pushed into a dead end, maybe even close the gaming industry in Vietnam in the near future.”