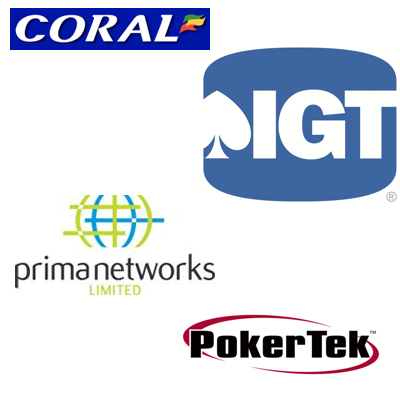 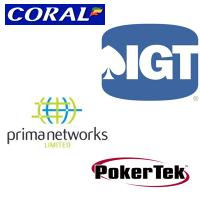 Gala Coral has relaunched a revamped sports betting site designed by iGaming software supplier Playtech. Coral.co.uk is the third of Gala Coral’s brands to move onto Playtech’s platform following a deal that was signed between the two in the middle of last year – worth a reported €5million in pretax profit to Playtech. Coral’s new sports betting site will have all of Playtech’s products, use GTS to aggregate third party content and the company’s Mobenga subsidiary will power Coral’s mobile offering. Gala Coral will also use Playtech’s IMS as their one central management system and the Portal to control user interface and interaction with players in real time.

Prima Networks has gone live in Italy with nine operators deciding to use the Microgaming powered slots. 32Red, Neomobile Gaming and Betway are among the companies to start using the slots after the market opened for business earlier on this week. Loraine Schoevers, director of Prima Networks, added: “We consider ourselves to be the market leaders in online slots in Italy, with access to Microgaming’s highly regarded collection of unique games. We are initially offering 50 slot games in Italy, which will be increased rapidly to take advantage of Microgaming’s portfolio which includes more than 600 games.”

International Game Technology has announced that Crown of Egypt is their latest online game. The new slot has everything you’d expect from an online slot and Leigh Nissim, the company’s commercial director of interactive for EMEA, thinks it “has all the ingredients to become an IGT classic”.

PokerTek has started to install DEQ Systems’s EZ Baccarat on its ProCore platform for the first time. Commenting on the development was PokerTek CEO Mark Roberson, who said: “The EZ Baccarat operating system has enjoyed phenomenal success, growing to over 500 games in multiple jurisdictions and countries in less than three years. Our initial installations on cruise ships in Asia occurred this week and we expect approvals for other markets to follow. EZ Baccarat is an excellent addition to our library and we are excited about the opportunity to expand EZ Baccarat into the electronic game platform market.”