Home / Business / Has Gambling Been Recession-Proof? 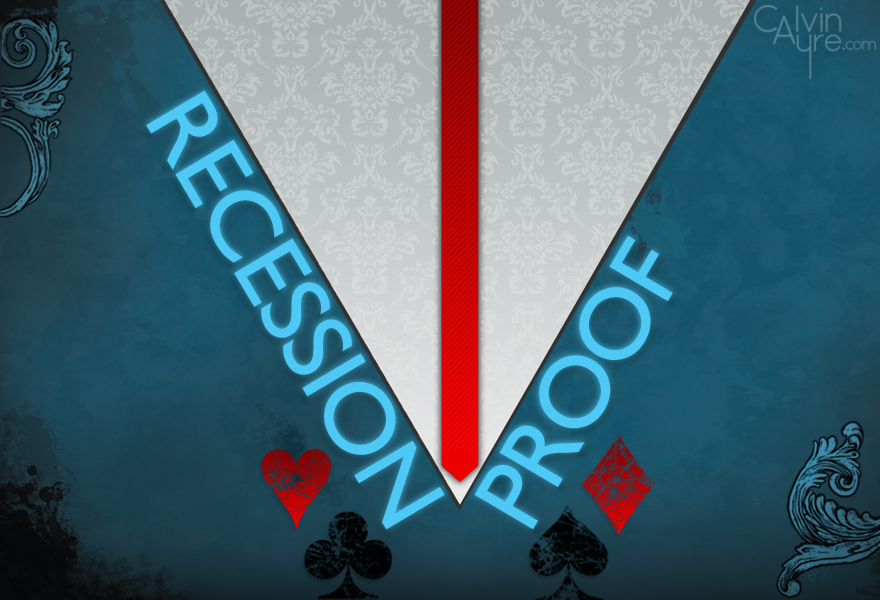 The global recession has caused many debates. What caused it? Who’s to blame? Could it have been avoided? What’s the best way to get out of it?

It’s now at the stage where those in the know can’t even agree with each other as to whether or not we’re out of it. At the end of September the UK Office for National Statistics revealed that the services sector grew by 1.1% in July – a jump that effectively meant the double dip recession is over. As the staging of the Olympics undoubtedly gave the economy a much needed boost, the hope will now be that this doesn’t turn out to be a glorious false dawn. 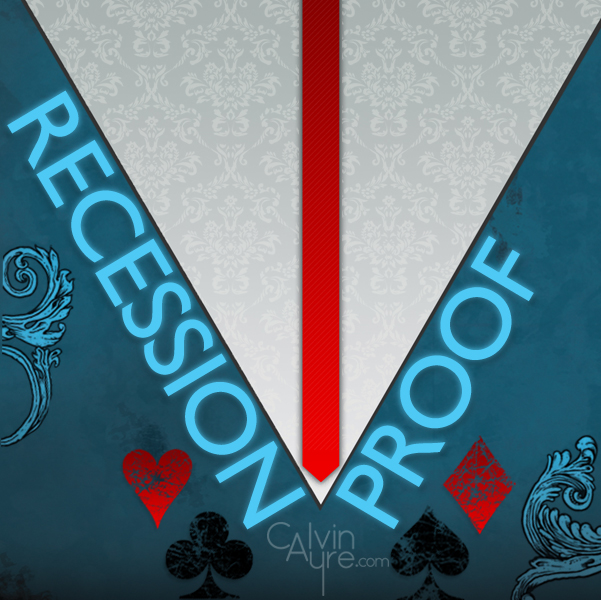 The recession lasted around five years if you’re in the US or UK. To give that some context in the online gambling industry, it accounts for just under a third of the time that InterCasino – opened in 1996 and one of the oldest casinos around – has been in operation. There are even plenty of iGaming operators that are still yet to discover what it’s like to work in a market out of recession. But when it comes to gambling, does that matter?

Recession-proof was a term bandied about in reference to a select number of industries – many of which coincidentally happened to produce products that potentially harm health (gambling, alcohol and most alarmingly, guns!).

There’s certainly evidence pointing to the fact that things could have gone much worse for those in the gambling industry in the last five years. Last week’s BBC Panorama, Gambling Nation program pointed out that the industry made £5.6 billion profit in 2011 – not bad considering it was during the worst economic depression in recent history.

But there has been tough times, just ask any number of the gambling companies that have ground to a halt in recent times. Prior to being acquired by Amaya there was Chartwell and Cryptologic while plenty of land based casino companies have also felt the pinch. In fact, the impact that the recession had on the tourism industry meant that land based gambling companies were at a significant disadvantage compared to their online counterparts. Casino companies in Las Vegas and even more so in Atlantic City have faced months of declining figures, although they now appear to be turning this around.

Recession-proof is without doubt a heavily abused phrase. It’s fair to say that the term could only really apply to an extremely small number of businesses. With regards to the gambling sector it’s fair to say that while it’s generally quite resilient, it isn’t immune to an economic downturn. There has been a slow down in terms of retail betting revenues especially but while online businesses are still in a strong growth phase, they only accounts for around 9% of the total market.

When looking at the online space in isolation it becomes much harder to determine a regular pattern across whole issue due to the clouding caused by regulatory events. The UK is perhaps the most stable iGaming market around at the moment so this would appear to be a sound place to start.

A quick analysis of the companies listed on the FTSE 250 in the Travel and Leisure category reveals some interesting comparisons. Below are the six gambling companies that can be found on this list along with their share price in November 2007 (unless stated), their current share price (beginning of November 2012) and the percentage change. Below that are the other seven companies that fall into the FTSE 250 Leisure category (excluding travel companies).

Averaging out the percentage change across the two categories shows that in the last five years gambling company share prices have decreased by 13% while the leisure companies listed have on average increased by 15%. So while we’ve been led to believe that gambling chief execs have been lighting their cigars with £50 notes that’s certainly not been the case among the FTSE 250 listed companies.

Of course, the companies above are only the public ones and they are the ones most likely to be hit by regulatory changes in the markets that they face – seeing as they’re the only ones that actually care about this.

Betfair’s removal of their sports betting exchange from Germany serves as a prime example, although the fact that Germany only accounts for around 3% of their business means that it’s by no means the end of the world for them.

Add to that the problems that countries such as Greece and Ireland have had, and the importance of the markets you’re targeting become doubly important. Generally trading has followed the pattern where countries with weaker economies being tougher hunting grounds for gambling companies.

Amongst the larger companies, Hills stand out thanks largely to the growth of William Hill Online, a subsidiary that they’re currently attempting to take full control of. In stark contrast, Ladbrokes are still yet to get their act together in the online environment. If you look at some more established businesses such as Ranks’ bingo operations they’ve been fortunate enough to not be hit too hard by the recession.

The PwC Global Gaming Outlook published in 2011 expected the total of the global casino gaming market to increase to $182,773 million in 2015 – a figure that would mean a 9.2% increase from 2010. As a result of this, there’s clearly light at the end of what, if we’re being completely honest, hasn’t been a particularly long tunnel for the gambling industry.

Unsurprisingly, Asia is expected to provide the largest growth area going forwards with a predicted 18.3% increase from 2010 to 2015 compared to growth of 8% in Latin America, 5% in the US and 2.4% in EMEA. These figures are backed up by the growth seen in Genting’s shares on the Singapore stock market. Their growth of 212% over the last five years eclipses all of the companies above by some distance.

Even if you’re not in the Asian market there’s been plenty to smile about for iGaming companies and by any estimation that looks set to continue.