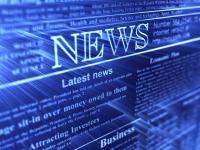 GBI Racing has widened its net to Eastern Europe after signing a deal with independent bookmaker Marathon. The firm, which owns international rights to all UK and Irish racecourses, will now stream races online to fixed-odds markets in Armenia, Azerbaijan, Belarus, Georgia, Moldova and Russia. Marathon has licences in the Netherlands Antilles and in the UK and has contacted the UK’s Independent Content Services (ICE) to provide Russian commentaries and voiceovers for the coverage they’ve acquired.

William Hill CEO Ralph Topping is stepping down from his role as non-executive chairmen of the Scottish Premier League (SPL) to further concentrate on his job at the gambling firm. The company confirmed that sports betting’s very-own Captain Birds Eye would be stepping down at the end of the current season. He commented: “Unfortunately, with the ongoing international expansion of William Hill, involving regular and substantial long-haul travel, I will be unable to devote sufficient time to the SPL over the next few years to do the role justice. It is therefore with regret, and to be fair to the clubs, that I feel I must step down from the SPL to focus 100% on William Hill.”

SG Gaming has made its latest two hires as it aims to strengthen its interactive business. Scientific Games Corporation’s newly integrated division has appointed former GameAccount Network man Gareth Taylor and the one-time CEO of BEToptions John Docherty and both men will play a significant part in the company’s plans for growth.

Leander Games are another getting in new blood after poaching GTS co-founder Steven Matsell as their new CEO. Matsell oversaw the sale of GTS to Playtech after founding the firm back in 2005 and in total spent over seven years at the firm. With Leander he will oversee the slots company’s LeGa remote gaming system as well as direct casino integrations