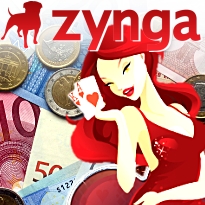 Social game developers and online gambling wannabes Zynga have reportedly tapped former 888 Holdings exec Maytal Ginzburg to be its new chief operating officer in charge of new markets. The news was initially reported by Social Casino Intelligence and confirmed by AllThingsD, who spotted the update on Ginzburg’s LinkedIn profile. Ginzburg held the rank of senior VP of regulated markets at 888, where her duties included customer acquisition. Ginzburg’s acquisition marketing CV – reflected in 888’s impressive acquisition stats over the past two years – suggests that Zynga recognizes the challenges it faces in converting its players from play-money to real-money; an acknowledgment that it will likely have to build real-money liquidity from scratch.

Zynga has announced it will launch real-money versions of its online poker and casino games by 2013, a move at least partly spurred by the spectacular collapse of its stock price over the past quarter. Zynga shares closed out Thursday’s trading down another 2.3% to $2.89, a decline of over 70% from its December 2011 IPO price.

Despite 888’s disastrous initial foray into social gaming via the Mytopia debacle, the company is apparently the first place social networking firms go when they think real-money gambling. Earlier this week, 888 CEO Brian Mattingley confirmed his company is having ‘discussions’ with Facebook on the possibility of expanding the social network’s fledgling online gambling presence in the UK beyond Gamesys’ Bingo and Slots Friendzy.

As a social game outfit, Zynga would have been drawn to 888 due to its PokerCam feature, which allows players to interact visually (and taunt Georges St-Pierre from a safe distance). But Ginzburg has also been eyeing Zynga for some time, telling Inside Poker Business back in July 2011 that one of the main challenges then facing 888 Poker was that “casual players avoided the product because of a lack of interaction, which is why so many have gone to Zynga.”

With all due respect to Ginzburg, a craving for interaction wasn’t causing players to abandon real-money sites to play for virtual chips – at least, not players who actually prefer gambling to gaming. Zynga has done a phenomenal job in attracting millions of gamers, but just one half of one percent of these routinely purchase any significant amount of virtual goods. Given the popularity of Zynga’s poker product, even that miniscule percentage would still account for a sizable real-money poker pool, but how many of these real-money neophytes will retain their interest once the horde of grinders who currently can’t be arsed to bother with Zynga commences a feeding frenzy on this massive school of unsuspecting fish?

WILL ELECTRONIC ARTS FOLLOW ZYNGA’S LEAD?
Zynga was recently hit with a copyright infringement suit by rival gamers Electronic Arts (EA). Not long afterward, EA Labels president Frank Gibeau was asked whether his outfit would copy Zynga’s move into real-money gambling. Speaking to reporters at Bloomberg’s San Francisco office, Gibeau described the leap from play-money to real-money as “conceptually small” but “complicated,” and not only in terms of the significant regulatory challenges.

As reported by VentureBeat, Gibeau said EA felt it was important “to build high-quality experiences that connect with customers and they love you for it. I don’t know if taking money for poker falls into that mission or not. Free-to-play casino game are fun, but once you cross over into taking real money, it’s a bright line that you have to cross with eyes wide open.” While Gibeau believes real-money “will be a growth driver for gaming,” he noted that there were some EA staffers who opposed real-money gambling on a philosophical level. “We don’t need to do this to achieve our goals. We don’t need it to grow our company. Some other companies are betting on it. We are not.”