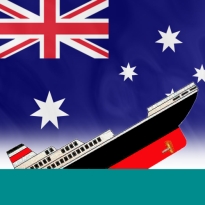 Australian betting outfit Tabcorp has earned a $14.3m refund from the Australian Tax Office (ATO) after overpaying goods & services tax (GST) at its wagering businesses in Victoria and New South Wales between May 2006 and March 2010. Meanwhile, the ATO is looking to collect $37m from David Walsh, the patron of Tasmania’s Museum of Old and New Art (MONA). The ATO says it is owed millions in back taxes on Walsh’s share of horse race winnings earned by the so-called Punters Club. On Monday, Walsh told ABC’s Lateline that while he was in the process of building MONA in 2009, the associated bills were coming in around $5m a month, which was “faster than I expected and I couldn’t pay them.” After discussing his dilemma with fellow Punters Club member Zeljko Ranogajec, the legendary race betting whale made the following observation: “Well, we can’t make it any worse, so why don’t we go crazy on the [Melbourne] Cup?” Walsh said the Club, which at its peak was reported to have wagered over $2b annually, “bet three or four times bigger than we usually do” on the 2009 Cup, going on to win “$16m or $17m, which kept [MONA] on the agenda.” Walsh’s fight with the ATO is expected to hit the courts next month.

Auditor-General Mike Blake has determined that the $103m price tag on former state asset TOTE Tasmania was “fair and reasonable.” Tatts Group’s acquisition of the TOTE in December was heavily criticized by opposition politicians who said a “panicked” Premier Lara Giddings was “effectively giving away” the public property. In a report released Tuesday, Blake said that while the sale price was below an independent analyst’s $130m estimate, it was far above other estimates that lowballed the TOTE’s value at $43m. Regardless, Liberal Treasury spokesman Peter Gutwein refused to back off the criticisms, saying the 20% discount represented “a fire sale to plug a budget black hole.”

While Clive Palmer’s plan to prevent pensioners from accessing the casino aboard his proposed Titanic 2 cruise ship has been labeled discriminatory, another floating casino is being accused of outright illegality for allegedly flouting the laws regarding shipboard gambling. The Courier-Mail reports that a P&O Cruises vessel left Sydney on Friday, dropping anchor the next morning in Jervis Bay, where it allowed passengers to play pokies, casino and table games. Critics say laws in the Australian Capital Territory and New South Wales require ships to be 12 nautical miles offshore in order to offer gaming, but P&O argues the ship in question only had to be 12 miles away from its home port of Sydney in order to roll the bones. Critics are also sounding the alarm regarding the ship’s casino reportedly allowing gamblers to wager up to $5k on their credit cards – a practice not allowed in NSW land-based gaming joints. Clubs NSW CEO Anthony Ball said he hoped P&O “immediately sink their floating casino.” We trust he was speaking metaphorically, because I’m not sure those pensioners can tread water very long, and besides, aren’t there lots of great whites swimming about?