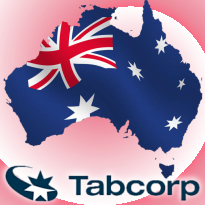 Australian betting operator Tabcorp Holdings saw revenues rise 2.7% to AU$724m (US$743m) in its fiscal Q3 (ending March 31). Revenues for the fiscal year-to-date are up 2.8% to $2.3b. Tabcorp’s wagering division reported a 4.5% revenue bump to $386.6m, while gaming revenue slipped 0.9% to $257.1m. International operations rose 10.2% to $48.8m and keno was up 3.5% to $44.5m. Tabcorp CEO David Attenborough attributed the fall in gaming revenue to “softening” conditions ahead of the Aug. 2012 expiry of Tabcorp’s Victorian gaming license. Attenborough told Business Day that the license expiry will likely result in redundancies, despite attempts to shift most staff to a new consulting arm.

Tabcorp’s three-year, $14m plan to revamp its 92 TAB agencies in Victoria officially got underway last week with the opening of the Bourke St. TAB agency in Melbourne. Along with Victorian Minister for Racing Denis Napthine, Tabcorp chairman (chairwoman? chairperson? chairthingie?) Paula Dwyer also turned up for the opening, reflecting her statement that the company’s retail network “accounts for almost two-thirds of the company’s wagering turnover.”

Tabcorp recently inked deals to expand its IPTV connectivity. A video streaming deal with US technology outfit KIT Digital will enable live races to be delivered over the web and to connected tablet devices, all integrated with Sky Racing’s live betting system. Tabcorp COO Brendan Parnell told The Register that the deal involves establishing a local data point-of-presence (POP). “It is all about reducing latency and having the best live streaming experience in real time as possible. A local POP will also give us better disaster recovery and access to managed solutions.” Tabcorp is also planning an IPTV betting app with Samsung-connected TVs this summer.

In other Down Under news, the federal government’s winter session of parliament gets underway on Tuesday, and Prime Minister Julia Gillard’s coalition intends to forge ahead with plans to revamp the nation’s gambling laws. The three gambling-related bills slated for introduction include authorization of a video poker machine (pokies) pre-commitment technology trial in the Australian Capital Territory, expanding to other states should the trial prove successful. A separate bill would cap daily withdrawal limits from ATMs in gaming venues (but not casinos) at $250/day. A third bill would put constraints on online sports betting, including a ban on promoting live odds during sporting event broadcasts.

The bills will have to be passed without the support of Independent Tasmanian MP Andrew Wilkie, who claims to have been “mightily let down” when his deal with Gillard for stricter pokies reform fell victim to political expediency in January. Wilkie told The Australian that if he found himself “in a position to push for more meaningful reform, I’ll do that. And that’s not about revenge, that’s about getting a good policy outcome and helping problem gamblers.” But really, it’s at least partly about revenge…