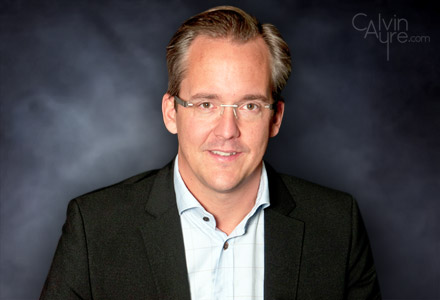 Recently I had a long conversation with the VP of the Bodog Poker Network Jonas Odman. We discussed his background, how he got into the gambling industry, and of course his concepts for running a poker network that would eventually become the Bodog Recreational Poker Model.

Since its inception, the Bodog Poker Network has gone through a slow evolution going from just like the rest to nothing like the competition. Some in the industry quietly voiced their support for the group; others were more vocal in their opposition. Regardless, all eyes were watching the group as they went against the grain.

From day one, the man at the top of the Bodog Poker Network has always been confident that other poker networks would adjust their business practices to mimic the Bodog Recreational Poker Model. Jonas Odman has always had a clear vision of how he would run a poker network years before joining Bodog, but until he joined the often contrarian gambling company, Odman never had a way to prove that his method was correct.

Jonas Odman took an unusual track to the online gambling industry. Like most Swedes of his age, Odman was conscripted into the Swedish Military where he served in the Navy for the required 3 years before heading off the college where he studied Law and Economics before earning a master’s degree in Computer science.

With law and order still in his heart, Odman left school and joined the Swedish National Police Service where he was a product manager in charge of developing the force’s communication software and of developing a national weapons directory.

In 2004, Odman moved from product manager with the police to taking on the same role with the Ongame Poker Network. In his first foray into the online gambling industry, Odman started looking at how the system operated and what made the company money. Then he started thinking about the future.

As Odman noticed what he saw as a major flaw in the system, Odman was convinced the marketers and the men in charge of the various Poker Networks were spending their budgets attracting the wrong players. He was convinced the money spent on attracting pros and winning players would work in the short term, but much like the practice of introducing any new predator to a closed eco-system, continuing to do so would damage and potentially destroy the poker eco-system these companies were working hard to create.

Odman began conceptualizing his recreational poker model that would focus on the net depositing recreational players rather than net withdrawing players such as pros and multi-table grinders.

Odman consulted with the Ongame network, having a major influence on their Ongame’s anti-rake back program and changed their bonus structures before the network was sold to bwin for about half a billion Euros. Odman didn’t rest on his laurels after the sale; he co-founded Gnuf, which caught the eye of many sports betting websites that were looking for a reliable poker operation to offer their customers a one-stop gaming solution. The small operator provided popular enough to be merged with Betway.

Still with the developments and mergers, Odman kept looking for an outlet for his recreational poker model he was so convinced would change how poker operators would conduct their business. That’s when he was offered a job as VP of the Bodog Poker Network in 2009.

He finally found a company that, depending on who you ask, was brave enough or crazy enough to implement his concepts.

Getting a buy-in from everyone wasn’t an easy task, “The first thing we did was capping the overlays on our tournaments. Bodog was known for their vast overlays and of course, that made them popular among tournament players. Capping the overlays meant we would alienate many of those players who were coming specifically to take advantage of numbers.”

In talking with Odman, he was quite matter of fact about the situation. The biggest complaint he heard was, “‘who’s going to play there now?’” With the first stage in place, it was time for Odman to implement the second piece of the Bodog Recreational Poker Model. Odman made changes to the rake distribution on the network, changing how it was doled out to the operators and affiliates driving players to the site. “We created a fairer model; we wanted to distribute the rake based on the true value of a player. Again, the people who suffered most from the change were most vocally against the change in our rake distribution.” Odman said it was the multi-table grinders and the players who were used to the old ways who were most upset. “Sure they were upset but it’s because after the change they had to rely on winning their money at the tables instead of making it through rake backs or other rewards schemes. They said it was unfair, but it was quite the opposite. We made it fair.”

The result of the changes to the rake distribution caused some bleeding. “We lost more players, but once again the revenues went up. It’s not easy to accept players deciding not to play with your poker product, but it was proving I was right; if we focused on the recreational players, we would increase our revenues and we would have a healthier poker network in the long term.”

The first two changes were beneath the surface but the final change to the Bodog network was something that wouldn’t slip beneath anyone’s radar. In December of last year, Odman’s team updated the user software to remove usernames and any identifiers, which created a completely anonymous poker experience across the entire network.

The change as we’ve written about often at CalvinAyre.com was to make it impossible for tracking software to steal player data and give certain players an unfair advantage. In essence, it took the target off the backs of the less skilled players; it made it harder for the sharks to prey on the fish.

“Despite our assertions of business as usual, we lost a lot of players right away. I was a little worried that we might have gone too far. We were savaged in the industry media and the player forums but there was no turning back. If we turned back, it would be an admission of failure and I wasn’t prepared for that. Thankfully, there were enough people in the organization who could see the long view and stuck behind the decision.”

On a side note, the announcement of Bodog switching to the anonymous tables was easily our most commented on article of the year. Due to the wealth of vitriolic comments it had garnered, however, we could only publish a small percentage of the back talk.

Odman told me they had lost more players more quickly with the anonymous tables than they had with the other changes implementing the concepts of the Bodog Recreational Poker Model. Given the adversity that he personally faced and the criticism the Bodog Poker Network has taken since the model’s inception, it was a fair question to ask if he had any regrets about the move.

How good the numbers are, Odman didn’t give exact details but would say, “Net deposits are increasing. Before, pure poker players would do well off the backs of the sportsbook players but the net deposits from pure poker players are way up. We have to go back to 2007 to find comparable numbers.”

We asked Odman if there were any major changes or pieces to add before the Bodog recreational model is compete, “We will evaluate our affiliates by the players they send us, but we are now focused on expanding the network, especially in Asia.”

Bodog’s Asian facing arm Bodog88 purchased the Bodog Poker Network in June. The company will operate the network from its home base in Manila. In the past, he’s highlighted the importance of a strong presence in Asia. Relocating the base of the Network to the South East Asian archipelago will prove fruitful for the group.

Odman said of the move, “Poker will always be third behind sports betting and casino games but with 3 billion people in Asia, even a small percentage will mean huge numbers.” He continues, “Also basing the network operations in Asia will open up a large number of B2B opportunities. We’ve had considerable interest from other operators looking to join the network and notably in the expanding Asian market. I can’t let the cat out of the bag here but we’re finalizing a major deal with another Asian operator, this will go a long way in building our Asian liquidity and ensure our tables are full 24 hours a day.”

It has taken years implement his concepts into the Bodog Recreational Poker Model, and he has most certainly had to build his patience and a thick skin to get to this point, but Odman is happy to see the model in motion. “For us, this has been a big win. Actually, a couple of wins. We took a little hit in the short term but it’s for the long term good of our poker eco-system. It’s a win because we’ve started the conversation within the industry, we have the industry talking about net depositors, and we take pride in starting that conversation. It was a big risk, as we didn’t know how the players would react, but we’re happy that the majority of players continued to play and the revenue numbers are getting even better.”

PokerStars Outline Plan to Preserve Poker as a Battle of Wits and a Test of Heart
Lee Davy
3 November 2015
.