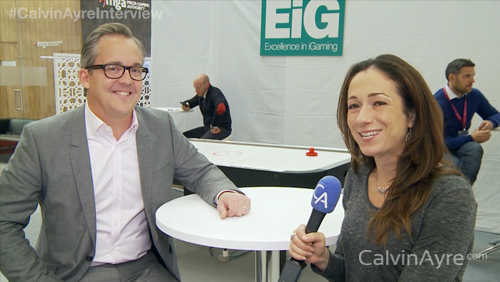 Are you ready for a recreational poker model 2.0?

Jonas Odman, the godfather of the poker recreational model, revealed that he is taking a new step to give recreational players a better playing experience.

“What we’ve done so far with the software is one step, and I want to take a second step. I’m going to call it the recreational poker 2.0,” Odman told CalvinAyre.com. “I cannot go into details about the new features that I’m going to do, but it’s going to be in line with the same strategy to protect recreational players from sharp players and give them a better experience.”

It’s been six years since Odman introduced the recreational model to the online gambling industry in 2009, and there have been many changes since then.

“It’s the sixth-year anniversary. When I was at the EiG Copenhagen, this was completely new to the industry. And what we talked about then was the recreational model that many others copied since. Since then, we’ve also launched the anonymous tables and other more important parts of recreational model and it’s been a huge success,” Odman said.

Aside from the 2.0 model, Odman is also busy with a new company that he’s launching in his hometown in Stockholm. With the new company, Odman said he’s going after regions where poker can still grow.

“I think that in North America, Western Europe, that’s not [a] growth market for poker anymore,” Odman said. “I’m going to go after Eastern Europe, Asia, Latin America, target specific markets from there and run it from Stockholm. It’s really exciting.”

Now, Odman is busy looking for talents to bring on board.

“I’m looking for marketing talents and I’m recruiting right now. I’m looking for my key people, so if anyone is listening to this and want to send me their CV, please do,” Odman said. (Editor’s Note – If you’re interested in working with Jonas Odman on his new project, feel free to submit your to Bill Beatty through CalvinAyre.com.