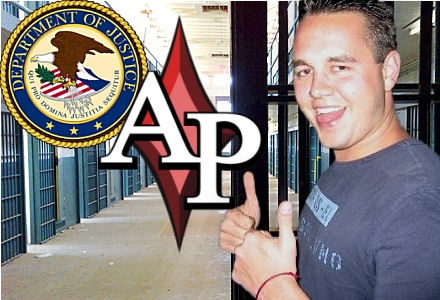 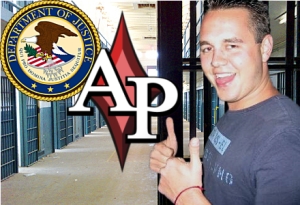 Sources tell CalvinAyre.com that Absolute Poker (AP) co-founder/director of payment processing Brent Beckley was sentenced to 14 months in prison on Monday after pleading guilty in December to conspiring to commit bank fraud and wire fraud in relation to the US Department of Justice indictments handed down on Black Friday (April 15, 2011). The sentence was on the lower end of the 12-18 month sentencing guideline prosecutors had recommended, and while Judge Lewis Kaplan had suggested he was considering an “upward departure” from that range, he ultimately appears to have agreed with prosecutors that there was “no evidence that Beckley intended to cause ultimate financial losses to banks, and no banks have identified for the Government actual losses attributable to Absolute Poker processing.”

UPDATE: Reuters reports that Kaplan told Beckley “the sentence has to make clear that the government of the United States means business in these types of cases,” while Beckley responded by saying he had “fooled myself into thinking that what I was doing was OK.” The Associated Press reported Beckley was required to forfeit $300k and fined an additional $3k. Kaplan allowed Beckley to delay his reporting to prison until Oct. 1.

Beckley is the second Black Friday figure Kaplan has sentenced. In June, Kaplan gave former SunFirst Bank VP John Campos a three-month sentence for his role in processing payments for online poker companies. Fellow payment processors Chad Elie, Bradley Franzen, Ryan Lang and Ira Rubin pled guilty to similar charges and are awaiting sentencing. Lang’s sentence is due on Sept. 24; Elie’s on Oct. 3. Rubin was due to be sentenced May 17, but nothing more has been heard on his file since he entered his plea in January. Franzen, the first of the Black Friday indictees to plead guilty way back in May 2011, has also yet to learn his ultimate fate. The absence of public confirmation of Rubin’s and Franzen’s penalties suggests their sentences are contingent on how many convictions result from the info they are presumed to be providing federal prosecutors.

Full Tilt Poker CEO Ray Bitar is currently out on bail after returning to the US to plead ‘not guilty’ to a raft of Black Friday-related charges. The final four Black Friday indictees – AP co-founder (and Beckley’s half-brother) Scott Tom, FTP’s Nelson Burtnick plus PokerStars’ Isai Scheinberg and Paul Tate — remain ‘at large’. Last week, the DoJ filed a ‘fugitive disentitlement’ motion against PokerStars, which alleges that Stars CEO Scheinberg has been actively avoiding returning to US soil (well, duh…) in order to avoid being clapped in irons (regardless of the fact that Scheinberg isn’t a US citizen). If granted, the DoJ’s motion would negate Stars’ motion to dismiss the civil charges filed against the company, Scheinberg and Tate on Black Friday. Judge Leonard B. Sand, who is overseeing the civil aspect of the Black Friday prosecutions, has yet to rule on the DoJ’s motion.