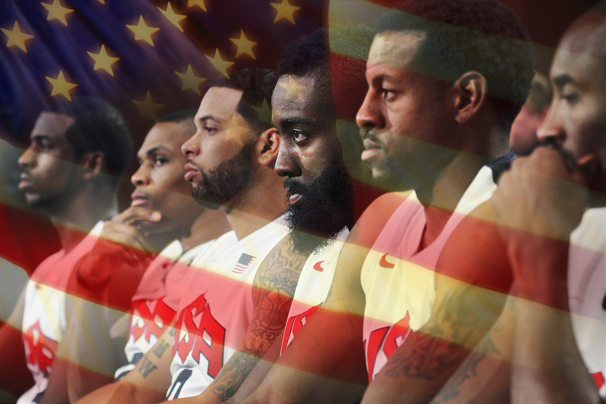 The 2012 London Olympics is a little over a week away and preparations a lot of sports books are gearing for what could be one of the busiest 16 days of the calendar year. Events like this offer a fresh take on sports betting because unlike club leagues, the Olympics is all about nations and we all know that in cases where national pride matters, betting can be skewed towards national athletes and in other cases, national teams.

So excuse the guy who decides to puts some money down on Tunisia to win the Men’s Basketball event at 2000/1. He’s probably doing it only because he shares the same nationality as those players.

Speaking of Men’s Basketball, that event is without question one of the most eagerly anticipated events in the Olympics. Not that there’s a healthy competitive balance amongst all the 12 teams because if there were, why the hell would Tunisia be 2000/1 to begin with? Men’s Basketball is one of the few sports that’s significantly skewed towards one team – the United States – with the rest of the competition expected to fight over the silver medal. That’s how academic this event appears to be, so much so, in fact, that Team USA has been penciled in by bookmakers as a 1/7 favorite to win the gold medal. Not much value there, is it?

So where does the “value” lie in this event?

Take Team USA out of the equation and you get some pretty interesting lines to choose from. Take for example the proverbial betting category of who wins the silver medal, or in some cases “without Team USA”. You look at how the rest of the field stack up and its easy to see why Spain’s the favorite at 8/13. After all, they’re the team that has given the US the most trouble in the past and they’ve got the next deepest them behind Kobe Bryant, LeBron James, Kevin Durant, and company. The team that could give Spain the most trouble is France, which has been penciled in as 13/2 to win the silver medal. Not bad for a team that has plenty of NBA talent led by Tony Parker, Nicolas Batum, and Boris Diaw.

Next up is the dark horse of the tournament, Argentina. A few years ago, they would have been one of the favorites to lock up the second spot on the podium, but their roster isn’t exactly full of young thoroughbreds anymore. Manu Ginobili is up their in age and mileage. So are Luis Scola, Andres Nocioni, and Carlos Delfino. But despite their age, these cats are still worth looking into so if you’re looking for some value, Argentina at 7/1 looks pretty sweet.

Another intriguing team is Lithunia. They don’t have a lot of established stars on the team unless you count Linas Kleiza as one. But where they lack in star power, they make up for in size with five big men waiting to bang bodies with the rest of the field, the US included. One of these big men is 20-year old stud Jonas Valančiūnas who everybody should keep a close eye on. Dude’s a beast and could be the sole reason why the team’s 9/1 odds looks pretty good.

Forget it, we still love our money.