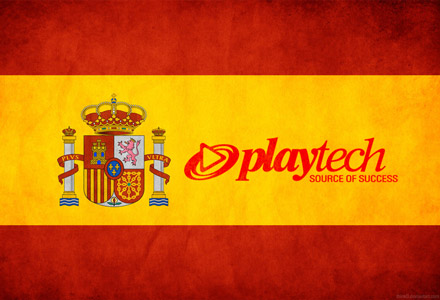 Playtech has been making headlines from the opposite ends of the public opinion spectrum this week. From announcing its move to the main London Stock Exchange to releasing information on the extent of its activities in unregulated Asian markets, the online gambling software provider has made good on maximizing some ink.

Now their back in the news again after announcing that their licensees are officially launching their respective casino and poker rooms in the new gaming frontier that is Spain. Among the Playtech licensees that are already open for business in Spain include Bet365 casino, Bet365 poker, William Hill poker, and Poker 770.

Playtech actually did a pre-emptive strike on the market, building and preparing its software casino in the Spanish market even before the licenses were handed down by the Spanish government. Upon getting the green light, Playtech licensees opened their Playtech casino and poker rooms ahead of a lot of its competitors, effectively getting first dibs on the new gaming market.

Solid move, if we do say so ourselves.

In a press release, Mor Weizer, Playtech’s Chief Executive commented: “We are excited to see our licensees launch in Spain. The Spanish market is important to Playtech and a benchmark within the European regulated environment.”

“We are confident that our innovative and fully-compliant casino and poker products will set the standard for others to follow in Spain,” Weizer adds.

As per Spanish regulations, new licensees are characterized as existing online operators upgrading or diversifying their products, as well as land-based casino groups, government-sponsored betting fixtures like lotteries and new online gaming outfits making their debut, particularly in newly-regulated markets.

All of Playtech’s new poker rooms are part of the company’s new Spanich-centric poker network, iPokerSpain.es, which now holds the distinction of being the first multiple-licensee poker network to launch under these new Spanish regulations.

From here, Playtech will be offering a pupu platter of new offerings for the Spanish market. There will be TV games and bingo on the docket, as well as a number of gambling options available on mobiles and tablets, including casino, poker, bingo, TV, and live casino games, the press release said.