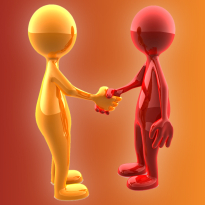 Fresh off extending deals with Ladbrokes and Betclic Everest, online gambling software developer CryptoLogic has entered into a new two-year deal with Betsson Malta Ltd. The pact will give the 10 different sites in 18 countries operating under Betsson’s umbrella access to a portfolio of over 100 online casino games via CryptoLogic’s Instant Click platform. Betsafe.com is already offering 70 of these games to its players, and the other nine Betsson sites will get the full complement in the second half of 2012. Betsson will also have the option to utilize any new CryptoLogic titles as they are introduced.

Online gambling software outfit Playtech has extended its existing deal with licensee Paddy Power to include a host of new mobile casino options. The Irish betting operator will now be able to offer its customers a total of nine new games, encompassing roulette, blackjack and a variety of slots, for gambling on the go.

Instant win jackpot outfit Topjack Games has inked its third white-label deal in as many weeks. uWinBingo.com is the latest to sign on to enjoy access to Topjack’s instant win jackpots on slots, lottery, keno, blackjack, roulette, video poker and bingo products. Topjack founder Nick Lynes is running out of superlatives to describe his company’s jackrabbit start, but he’s promising “much bigger jackpot prizes and games to come.”

888casino is tickled to announce the launch of its iPadRoulette App, now available via the UK Apple Store. The app, which supports both real money and ‘practice’ modes, follows the company’s release of its Roulette Android app. 888casino is also promising a tablet app featuring blackjack, slots and much more by July 2012.