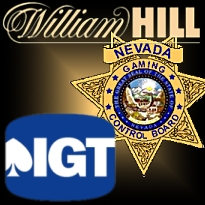 If the Nevada Gaming Control Board (GCB) was a slot machine inside a Las Vegas casino, little old ladies would be parking their scooters in a not-so-orderly line to get at it, because the thing is paying off big-time. Following the GCB’s recommendation on Wednesday to approve the interactive gaming license bid by gaming device maker Bally Technologies, the GCB made a similarly unanimous recommendation on Thursday for Bally rival International Game Technology (IGT). Both companies are seeking to provide technology for Nevada casino licensees looking to get into the online poker biz. The Nevada Gaming Commission will consider the GCB’s recommendations at its next meeting on June 21.

The Las Vegas Review-Journal’s Howard Stutz, who live-tweeted the hearing, quoted IGT’s exec VP of emerging businesses Robert Melendres defending his company’s 2011 acquisition of Swedish online poker business Entraction, which had taken bets from US players prior to the 2006 passage of the Unlawful Internet Gambling Enforcement Act. Melendres said US players had accounted for a mere 1% of Entraction’s revenues, but IGT had nonetheless entered into settlement discussions with the US Department of Justice to be on the safe side. Melendres took pains to point out that IGT had blocked Entraction’s reach into legally “darker than gray” countries, despite this move having eliminated 15-20% of the company’s liquidity. Melendres said IGT’s acquisition of social game outfit Double Down was intended to “help our casino operators have access to over 800m users on Facebook.” Finally, Melendres couldn’t resist taking a parting shot at his competition by noting: “Unlike other companies, IGT can hit the ground running in Nevada.”

THE HILLS ARE ALIVE…
Meanwhile, Stutz’s colleague Chris Sieroty was covering the GCB hearing into UK bookie William Hill’s bid for a gaming license and approval of its 2011 acquisition of Nevada’s Brandywine Bookmaking, Club Cal Neva Satellite Race & Sports Book and American Wagering Inc., maker of the Leroy’s App mobile sports betting product. Hills director of retail operations James Henderson told the three-man panel the company’s intention was to rebrand all its Nevada holdings under the Hills name and consolidate the companies in a “single, viable business.” Henderson assured the GCB there would be no layoffs stemming from this consolidation. Hills would use Nevada as a base from which to “pursue other US opportunities when and if they arise.” Brandywine founder Joseph Asher would be CEO of Hills’ US operation, with Vic Salerno as CTO and chairman.

While the GCB had plenty of questions for Henderson regarding Teddy Sagi, the controversial majority owner of Hills online joint venture partner Playtech who did a stint in an Israeli prison in the 1990s for stock manipulation, the GCB ultimately recommended to pass Hills’ license bid on to the Gaming Commission for final approval, Earlier, while acknowledging Entraction’s not necessarily whiter-than-white reputation in the eyes of US law enforcement, GCB chairman Mark Lipparelli noted that many of Nevada’s interactive gaming license applicants “will have imperfect histories. A policy for perfection will eliminate everybody from the landscape.” Hear that, Full Tilt? All is forgiven. (Perhaps not.)