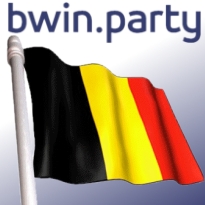 Bwin.party shed more light on its social gaming strategy on Wednesday, announcing the establishment of a new Gibraltar/Ukraine-based social studio called Win Interactive. In addition to the previously announced acquisition of “a number of assets” of Ukrainian developers Orneon, Bwin has also splashed out for elements of Velasco Services Inc. The two deals, which include some existing B2B social gaming contracts and “significant” software engineering resources, are worth a combined €18m ($23m). Bwin.party plans to invest a total of €40m ($50m) over the next two years on a “build and partner” strategy, with the initial fruits of these labors expected to launch this summer. Bwin.party expects to spend an additional €5-10m over the next two years to “secure meaningful market position.”

The news was greeted by the markets with a collective ‘meh’. Bwin.party stock slipped 2.5% on Wednesday to close at 120.5p. It’s been a manic May for shareholders, who have seen Bwin.party stock lose almost a quarter of its value since closing at 158p on May 4. While its most recent earnings report was essentially flat, the company posted much encouraging news this month, including the arrival its long awaited online gaming license from German state Schleswig-Holstein, the clearing of the way for its official entry into the regulated Spanish market by settling its back-tax bill, the launch of a live casino in Italy and the signing of a speculative online poker deal in California.

BRUSSELS TUSSLES
With all that good press, could poor little Belgium be to blame for Bwin.party’s fall? Although Bwin.party has applied for Belgian gaming licenses, it has largely ignored the country’s orders to cease serving Belgian punters while the license is pending, prompting the regulator to put Bwin on its online gambling blacklist on May 9. Shortly thereafter, Bwin.party filed suit against Belgium’s Gaming Commission and the Minister of Justice to compel them to scrub its name from the blacklist, citing the financial, commercial and reputational damage from being thus tarnished. Bwin also sought restitution to the tune of €300k/day until Belgium complied with its demands, prompting Belgium to launch a counterclaim seeking the same amount from Bwin until it complied with its original cease & desist order.

The matter came to a head in the Brussels Court of First Instance last Friday. Global law firm DLA Piper reported that Bwin’s attorneys argued Belgium was in the wrong because no Royal Decree had been issued to give the Gaming Commission the right to impose a blacklist. Belgian authorities pushed back with claims that it did indeed have such a right, but that was immaterial since it was commercial ISPs who were blocking unapproved gambling sites, not the state. (The state claims the ISPs are blocking such sites as a way of immunizing themselves from potential civil claims.)

To bolster its case, Belgium’s attorneys cited a pair of 2011 rulings against Bwin by the Belgian Constitutional Court and the Correctional Court in Brussels for violations of Belgian gaming law. Just for fun, Belgium’s lawyers also asked the judge to compel Bwin to refund all wagers received from Belgian punters since the May 9 blacklist was issued, and added one last twist of the blade by revealing that criminal enquiries against Bwin are pending. The judge has until June 25 to render his verdict, but DLA Piper said the ruling was expected to be handed down before that date. If Belgian courts really are the cause of Bwin.party’s stock decline, closure on this issue can’t come fast enough.